Paris Terror Attack Suspect Believed to be in Syria 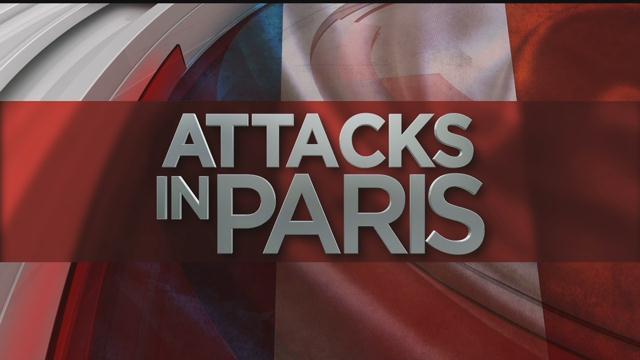 (CNN) French intelligence services believe Paris attacks suspect Salah Abdeslam has escaped to Syria, according to a source close to the investigation and a counterterrorism source.

Police also believe Abdeslam bought 10 detonators from a fireworks shop on Paris' northern outskirts before theNovember 13 attacks, the source close to the investigation said. The detonators cost 10 euros (about $10.60) each, and Abdeslam also bought batteries at the Saint-Ouen l'Aumône shop, Les Magiciens du Feu, which translates to "Fire Magicians."

The store manager alerted authorities after Abdeslam's name and photograph were released to the public, the French newspaper Le Parisien reported.

Investigators have been looking for the Belgian-born French national since shortly after the attacks, which killed 130 people. And while it's been previously reported that ringleader Abdelhamid Abaaoud and another man were planning another suicide attack on the Paris financial district of La Defense, a source Monday said the terrorists may have had even more far-reaching goals.

"Other attacks were ready to go in Jewish areas, transport networks and schools," said a source, citing a man who had been in touch with Abaaoud's cousin.

Abaaoud and his cousin, Hasna Ait Boulahcen, were killed in a French commando raid in the Paris suburb of Saint-Denis.

A stop at a cafe

The possibility that Abdeslam had already slipped through authorities' net was raised last week when a Brussels lawyer said his client, Ali Oulkadi, picked up Abdeslam and a friend at a subway stop in suburban Brussels the day after the attacks.

"He did not know it was Salah and did not recognize him immediately when he arrived because he was wearing a cap," lawyer Olivier Martins said. "In the car, Salah told him that his brother, Brahim, had killed people in Paris and had blown himself up. For my client, a childhood friend of the two brothers, it was a shock, He could not understand it and could not think clearly."

On the way back to the Brussels neighborhood of Schaerbeek, the trio stopped in a cafe, the lawyer said.

A court on Friday ordered Oulkadi detained for a further 30 days. He is one of six people Belgian authorities are holding in connection with the attacks. Martins said Oulkadi did nothing wrong "and is absolutely not radicalized."

Investigators haven't detailed what they believe Abdeslam's role was in the attacks, but Paris Prosecutor Francois Molins said he may have driven the Renault Clio that dropped off suicide bombers at the Stade de France. His fingerprints, Molins said, were found in a car connected with the attacks.

The Clio was found four days later in Paris' 18th arrondissement, where it appeared to have been parked hastily in a pedestrian crossing.

Authorities say Abdeslam remained under the radar for four hours as chaos enveloped the French capital before calling acquaintances Mohammed Amri and Hamza Attou to come get him.

The three immediately made their way to Brussels, but police stopped them close to Cambrai, near the Belgian border, at about 9 a.m. French authorities had not established who carried out the attacks, and they were allowed to continue to Brussels.

Later, French police realized Abdeslam's alleged involvement -- probably after discovering another car he had rented which had three AK-47s in the trunk. By then, he had vanished.

Is Abdeslam the eighth 'brother'?

Amri and Attou were arrested after returning to Brussels and have since been charged with "complicity in terrorist attacks and participation in the activities of terrorist organizations." Their lawyers insist they had no knowledge of what Abdeslam was doing in Paris.

It's not clear Abdeslam had a larger role to play in the deadly string of assaults. An ISIS claim of responsibility on November 14 referred to "eight brothers" when only seven had been involved in the attacks, according to police. The message also mentioned operations in the 10th, 11th and 18th arrondissements -- but there was no attack in the 18th arrondissement, where Abdeslam is thought to have parked the Clio.

A source familiar with the investigation told CNN this month that Abdeslam's "movements make no sense," and his brother told Belgian state broadcaster RTBF that he believes Abdeslam decided at the last minute not to go through with an attack.

"He probably saw or heard something that was not what he was expecting, and he decided not to go through with what he wanted to do," Mohamed Abdeslam told the CNN affiliate.

Attou's attorney, relaying her client's account, said Abdeslam was calm at three checkpoints the trio negotiated en route to Brussels, but overall, Attou found Abdeslam to be "extremely agitated and maybe ready to blow himself up."