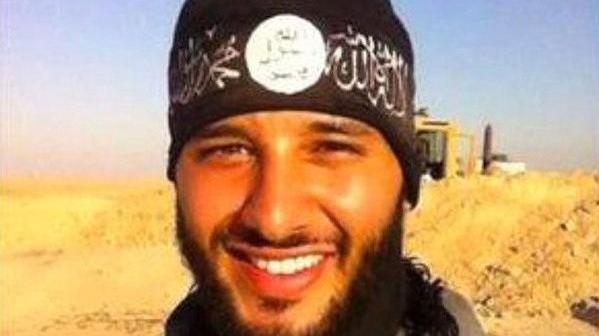 Paris (CNN)The third man who unleashed carnage at the Bataclan club in Paris last month has been identified.

He is Foued Mohamed-Aggad, CNN affiliates BFMTV and France 2 reported. He, like the other attackers, blew himself up.

The 23-year-old man is from a small town near Strasbourg who traveled to Syria in 2013, the stations said.

BFM also said Mohamed-Aggad was close to Mourad Fares, one of the main jihadist recruiters in France.

French Prime Minister Manuel Valls confirmed "the name being circulated" is in fact correct and is that of the third attacker,

Mohamed-Aggad was known to French anti-terror services and had a police record in Strasbourg, affiliate France 2 said.

At least 80 people were killed in the attack at Bataclan. In all of Paris, the November 13 attacks left at least 129 dead and more than 350 people wounded.

The other two Bataclan attackers have been identified as Frenchmen Omar Ismail Mostefai, 29, and Samy Amimour, 28.