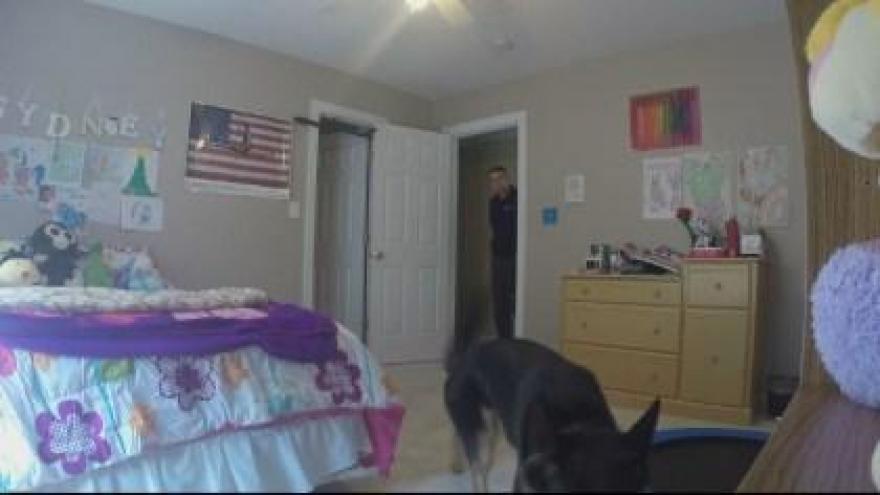 RALEIGH, N.C. (CBS4) — Highly trained K9’s are normally used by law enforcement, but now parents are hiring them to sniff out drugs in their own homes.

A company in North Carolina called SVK9, started by two former police officers, trains the dogs to search for explosives at entertainment venues, and for drugs in schools. The latter service is now extending to local teenagers’ bedrooms.

“I have a teenage daughter as does (my colleague),” said Geoff Beckwith, the company’s chief operating officer. “So I can relate to it as a parent as well, and I can certainly understand the difficulty that there would be, you know, going through a time where you think that your son or daughter is using drugs.”

Concerned parents from nearly 100 families have used the service. SVK9 says it turns up drugs about 10% of the time.

In those cases, the company doesn’t turn the kids in to police. It’s up to parents to take it from there.

“We are not affiliated with law enforcement anymore,” Beckwith said. “We provide parents the ability to use their own discretion once they know, ‘Yes, there are drugs in my home. My kids is using drugs.’”

Experts say the most important thing is to communicate with your children about drug use.

“I would be concerned if, you know, the first intervention was a K-9 search, because I think there may have been a lot of things that were missed beforehand,” said Rebecca Wheeler, a health educator.

“This is a way to stop the problem early on before they end up in the criminal justice system,” said CEO Kyle Breischaft.

Having the dogs search your home usually takes about an hour. Rates start at $150.