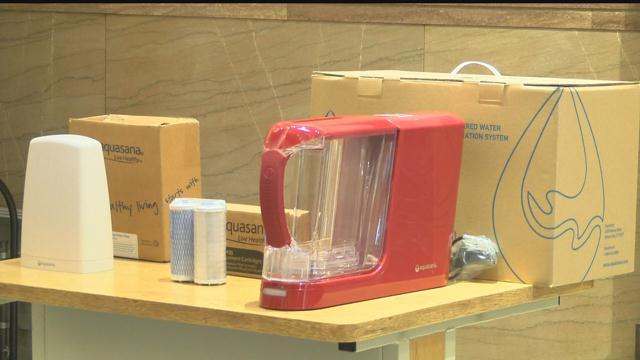 CBS 58-- Mothers who say their kids suffer from lead poisoning are calling on the city to replace all lead lateral lines in Milwaukee.

City officials say about 70,000 homes are impacted. There’s already a plan to replace the lines at 385 day cares next year, but the council is still deciding how to tackle the rest.

Community organizers put together a meeting Tuesday night and called on the city to pay the entire cost to replace the lines, including the portions on private property.

The meeting at The House of Prayer drew about 20 parents, many brought their kids. As it stands the common council will likely vote on an ordinance later this month that would require lines to be replaced when they leak, break or are scheduled for routine work. But it could cost homeowners up $1600 and those at Tuesday’s meeting say that’s unacceptable.

“’Y’all spending money on street cars and new stadiums need to be built but y’all need to be putting this money you taking from us tax payers and put it in our home, said Evany Dorsey, who says her child has lead poisoning.

The city is handing out free water filters to people living in impacted homes. To find out if your home as lead lines click here.

The city will hold an informational meeting on the proposed ordinance Saturday from 10-11 AM at North Division High School, 1011 W Center Street.