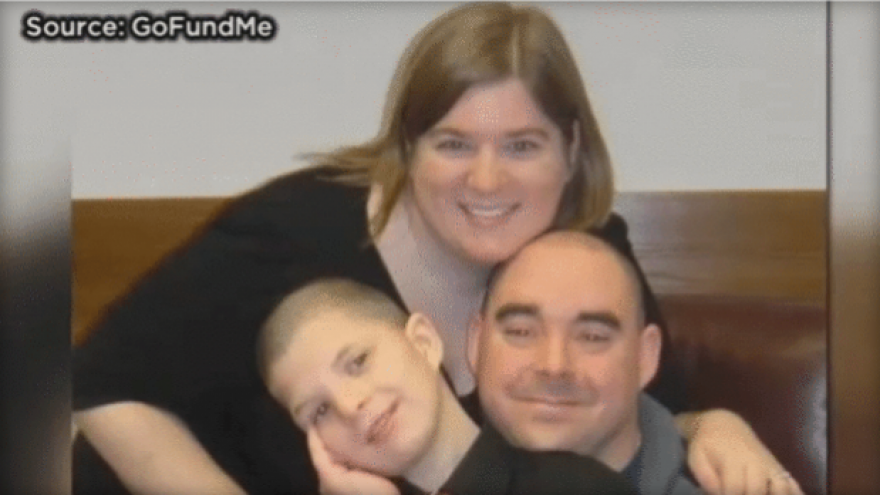 GUILFORD, N.Y. – (CBS NEWS) A mother and father are accused of killing their teenage son and setting fire to their home to cover up the crime.

According to CBS affiliate WBNG, officials say a fire was reported around 1:15 a.m. March 1 at the family’s home in Guilford. The couple’s son, 16-year-old Jeffrey Franklin, was found dead inside. Sheriff Ernest Cutting says an autopsy determined the fire didn’t cause the teen’s death and that he was dead before the fire started.

According to the Chenango County Sheriff’s Office, Jeffrey was adopted about seven years ago. He was deaf and had special needs.

WBNG reports that when asked his plea by the judge, Ernest Franklin said “guilty,” but his public defender quickly corrected him, and changed the plea. Both Ernest and Heather pleaded “not guilty” and were sent to the Chenango County Jail without bail.

Authorities haven’t said how the boy was killed.

WBNG reports that a GoFundMe page was created shortly after the fire to help the parents with expenses. More than $11,000 was reportedly raised, but the page has been taken down.

In a statement, GoFundMe said:

“It’s important to remember that the platform is backed by the GoFundMe Guarantee, which means that in the rare case that GoFundMe, law enforcement or a user finds campaigns are misused, donors will get their money back. In this case, due to recent information released, GoFundMe will honor refunds to all donors.”