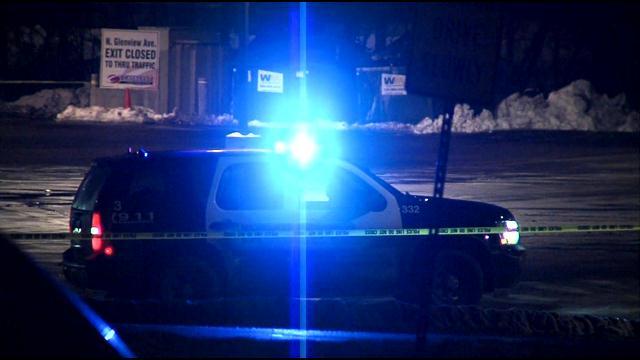 Milwaukee police are investigating a double shooting that injured a teenage boy and a teacher outside Wisconsin Lutheran High School. Police say a parent \"pulled\" out a gun and pulled the trigger during a parking lot argument.

According to police, two girls were involved in an altercation at the high school during a Thursday night basketball game at 7:30 p.m. Police say one of the girls involved in the fight is a Wisconsin Lutheran High School student, and the other girl attends another school. Both girls were escorted out of the building at different times, but police say they both returned to the parking lot to pick up where they left off.

The parking lot fight started by these girls involved several individuals, including one parent. Police say the father of one of the female students pulled out a gun and shot a 15-year-old boy, who was not a student at either of the schools playing in Thursday night's game. Family members took the teen to a local hospital and police say his wound is non-life threatening. A Wisconsin Lutheran High School teacher was grazed by that same bullet while trying to break up the fight. The teacher did not need medical treatment.

In a statement, Wisconsin Lutheran High School said, \"Our utmost concern is the safety of our students.\" The school says it notified parents of this incident and will work to provide answers to any questions they have.

Police have identified the shooter, and are still working to arrest the shooting suspect.