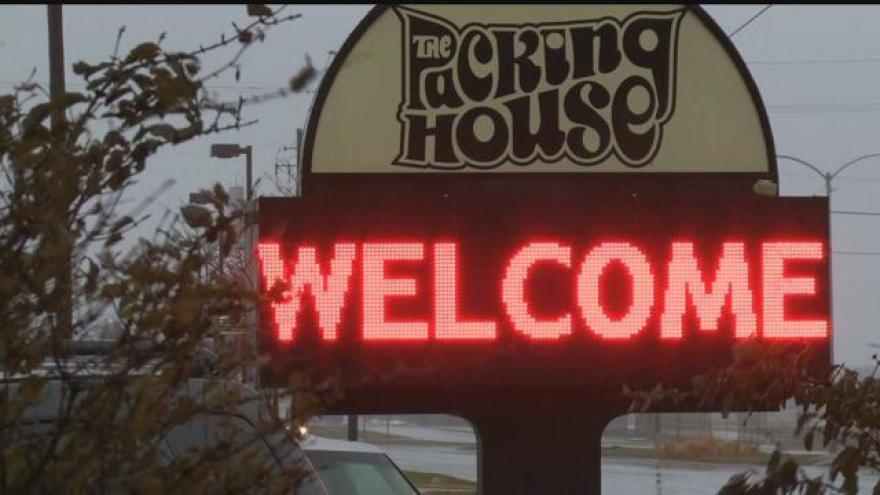 When the Packers take the field this Sunday parts of Wisconsin will pretty much be 'on hold' until the game is over.

One Milwaukee restaurant is shutting down completely for the day. That's worth talking about because it's the first day they've scheduled a closure in their 42 year history.

The packing house is notorious for being open every single day - a decision made because of how close they are to the airport. But the high-stakes Packers season has mixed things up for them in a good way, manager Chris Wiken said.

"It was a tough decision because after being open for that many days - but the momentum that the Packers are showing is like something we've never seen before," Wiken said.

Business on game day has slowed down as the Packers have continued running the table. This past weekend, they started questioning if it was worth it to open at all.

"We were able to re-use a lot and we actually donate food to local food pantries on occasion as well. But if you're prepping for a big day and the big day doesn't happen, it's a whole lot of work for nothing," Wiken said.

Diane Brunner - an obvious Packers fan with green and gold earrings and a necklace - comes regularly to the supper club.

"It's not a sports bar. People go where there's lots of TVs to watch," Brunner said.

But she does think the decision to close on Sunday is a positive.

"I think they deserve a day off too after they work so hard all the time," Brunner said.

"Our employees were very, very happy for our decision to close," Wiken said.

"A lot of them are going to have their first night off in many, many, many years," Wiken said.

Management says the decision does not mean things are rough at the supper club and this is just a change for the Packer game.

Even Wiken's mother, who helped start that tradition of always being open and still works at the restaurant, said she happily supported the call to close this weekend.