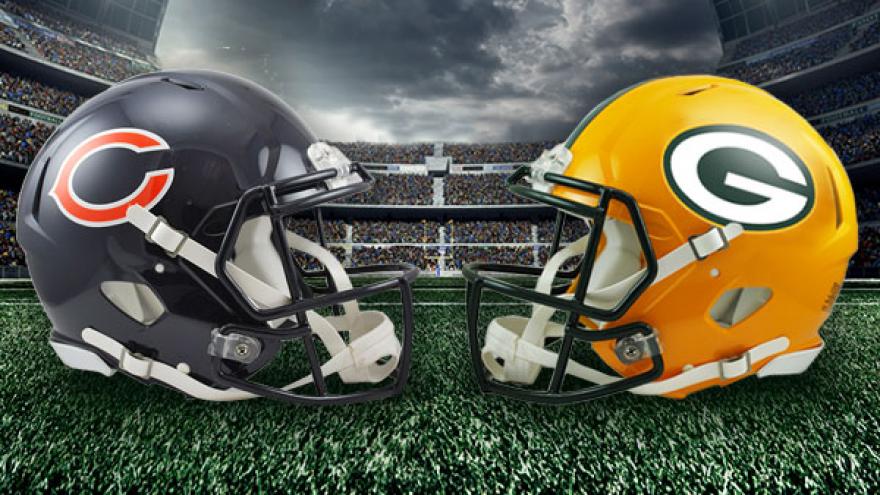 CHICAGO (AP) — Brett Hundley threw for 212 yards and a touchdown, Nick Perry had three sacks and the Green Packers beat the Chicago Bears 23-16 to snap a three-game losing streak on Sunday.

Hundley, starting his third game for an injured Aaron Rodgers, threw a 17-yard touchdown to Davante Adams to make it 23-13 with 5:29 to play, and the Packers (5-4) hung on to beat the Bears (3-6) for the eighth time in nine games.

Chicago's Mitchell Trubisky threw for a career-high 297 yards. He hit Josh Bellamy for a 46-yard touchdown in the fourth quarter, but the Bears dropped their second in a row after winning back-to-back games.

The win was Green Bay's first since a narrow victory at Dallas on Oct. 8. A week later, Rodgers got driven to the turf by the Vikings' Anthony Barr in a loss at Minnesota week and the Packers haven't been the same since then.

Hundley completed 18 of 25 passes to help the Packers win their eighth straight at Soldier Field counting the playoffs.

Ty Montgomery ran for a 37-yard touchdown in the second quarter, but sat out the second half because of a rib injury. That left the Packers without their top two running backs, after Aaron Jones hurt his knee in the first quarter.

The Bears had a replay challenge backfire in a big way as they were threatening to score in the second quarter. And the offense stalled after Mason Crosby missed a 35-yard field with just over a minute left, giving Chicago one final chance.

The Packers led 10-3 in the second quarter after Montgomery went untouched through the line for his big TD run.

The Bears were then driving deep in Green Bay territory when their replay challenge near the goal line backfired in a huge way.

Benny Cunningham was ruled out at the 2 after turning a short pass into a 23-yard gain. The Bears challenged the spot. Replay officials ruled he didn't have control when he hit the pylon, and with the ball rolling out of bounds in the end zone, Green Bay took over at the 20.

The Bears didn't lose a timeout, since the call was overturned, though that's a loss they would have gladly taken. Coach John Fox screamed at line judge Bart Longson after the ruling and the crowd continued to boo as the Packers took possession.