Packers to play another game before national TV audience 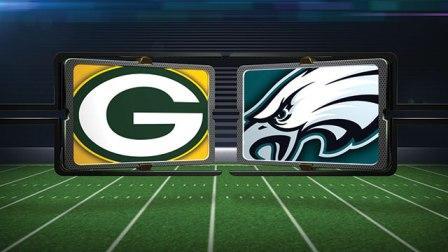 The Packers will play their third game in a row before a nationally televised audience by the end of next week. The NFL announced Sunday that the November 16th game at Lambeau Field against Philadelphia has been moved to 3:25 pm. The game had previously been scheduled for a noon start.

The time change comes as part of the NFL's new \"cross-flexing\" scheduling which allows for more interesting match ups to be moved into premium television time slots. In order to accommodate the change the league moved Chicago's game against Minnesota back to noon for that day.

The Packers were on a bye week 9, but played last week on Sunday Night Football losing to New Orleans 23-44. Because this week's match up is also on Sunday night it will mean three consecutive games in front of a national audience for the Packers.

The Lions and Bears were also off during week 9 so the standings have changed little. At the season's mid-point the Packers are in second place, one game behind the 6-2 Lions. The Vikings defeated the Redskins on Sunday advancing to 4-5 on the year.

The Packers next play Sunday night against Chicago. Kickoff is set for 7:30 pm.