Packers show up to Charlotte in Christmas suits and velor jackets 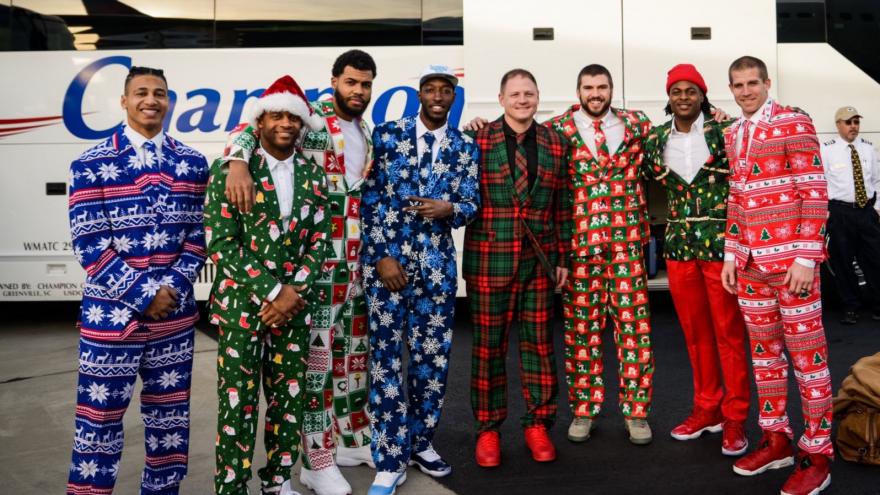 CHARLOTTE, NC (CBS 58) -- The Packers have arrived in Charlotte for their Sunday game against the Panthers.

The Packers got off the plane wearing some interesting outfits. The wide receivers and tight ends sported Christmas suits.

Sunday's game with be Rodgers first back since he broke his collarbone back in Week 6 against the Vikings.