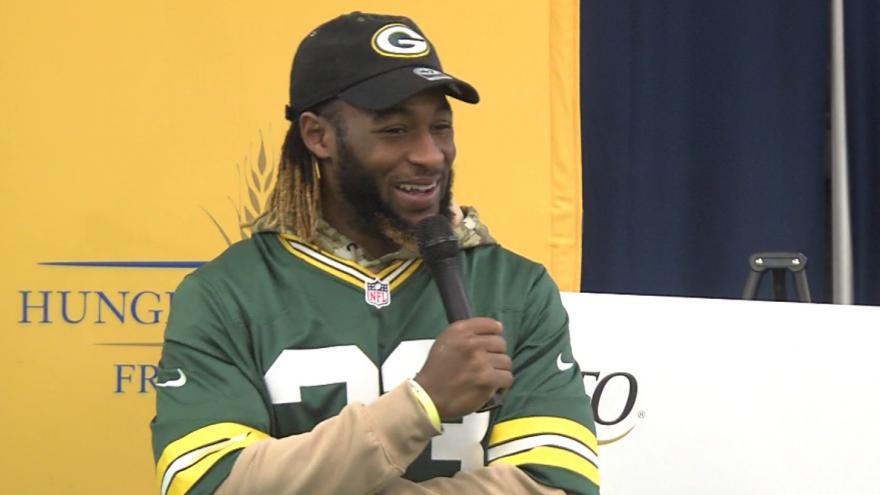 MILWAUKEE (CBS 58) --- Green Bay Packers running back Aaron Jones announced on his Instagram account that his father has died on Wednesday, April 7.

There hasn't been an official announcement yet of the death of Alvin Jones Senior, other than posts from Aaron and his brother.

There is also no word on the circumstances of his death. It is clear from Wednesday's post that the loss has hit Jones hard.

In the post, Jones said his heart was torn in a million pieces, quoting "I'm so proud of you - I love you dad." He added, "can't even imagine game days without you by my side."

Jones says his father hasn't missed one of his games in nine years.