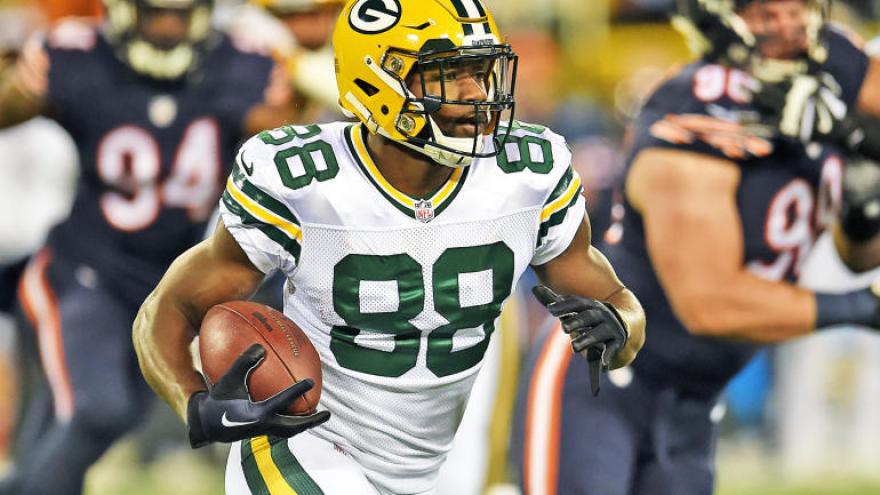 GREEN BAY, Wis. (AP) — Packers starting running back Ty Montgomery has been knocked out of the game against the Chicago Bears with a chest injury.

Montgomery had five carries for 28 yards on the opening series of the game before leaving with about 10 minutes left in the first quarter.

He was replaced by rookie Jamaal Williams, who limped off midway through the second quarter with a knee injury but remained on the sideline. He was questionable to return.

The Packers led 21-7 in a game that was delayed about 45 minutes between the first and second quarters because of a lightning storm. Both teams were coming off overtime wins Sunday.

Green Bay, in particular, has been hit hard by injuries this season. They had to shuffle their offensive line with starting tackles David Bakhtiari (hamstring) and Bryan Bulaga (ankle) already out with injuries.