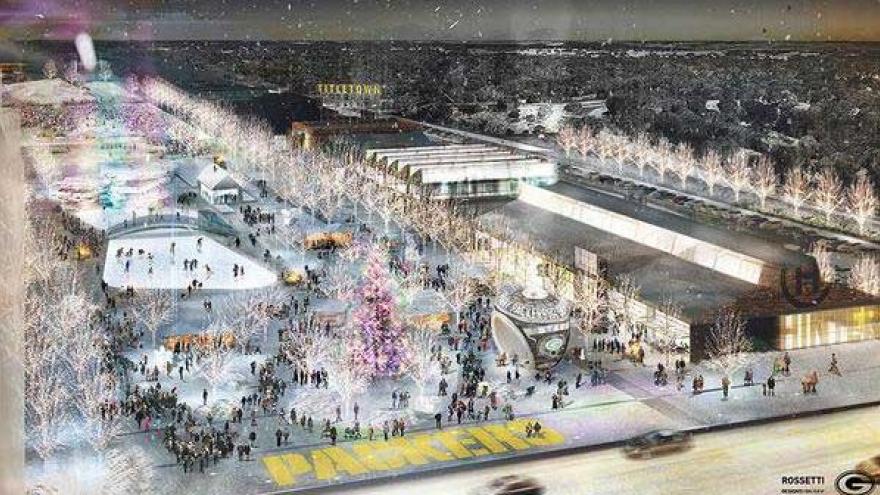 The Green Bay Packers have proposed to name and officially designate a new roadway within the Titletown District as “Ron Wolf Way.” The proposal was made to the Village of Ashwaubenon as part of the development of Titletown.

The proposed change was formally reviewed by the Village Plan Commission Tuesday evening, and now will be discussed in a public hearing at the August 22 Village Board meeting.

“We’re excited to have this proposal before the village,” said Packers President/CEO Mark Murphy. “The road will be appropriately named in honor of Ron Wolf’s tremendous impact on the Packers organization.”

Wolf, a Pro Football and Green Bay Packers Hall of Famer, was the executive vice president and general manager for the Green Bay Packers from 1991-2001. Under Wolf, from 1992-2000, the Packers compiled the second-best regular-season record in the NFL (92-52, .639) while recording seven consecutive winning seasons (1992-98) and six straight playoff appearances (1993-98). While Wolf made many moves to shape the Packers into a consistent winner, he made three key transactions early in his time in Green Bay: hiring Mike Holmgren as head coach, trading for quarterback Brett Favre and signing Hall of Fame defensive end Reggie White. Those key pieces helped the Packers win three consecutive NFC Central Division Championships (1995-97) and back-to-back NFC titles (1996-97).

The new roadway that would be named for Ron Wolf is between Brookwood Drive and Blue Ridge Drive, a section of the street that was relocated in order to provide better access and traffic movements around the newly developed Titletown.

The street signage cost fits into the existing budget for the development, and with no homes or businesses located on this stretch of roadway, there will be no necessary address changes.