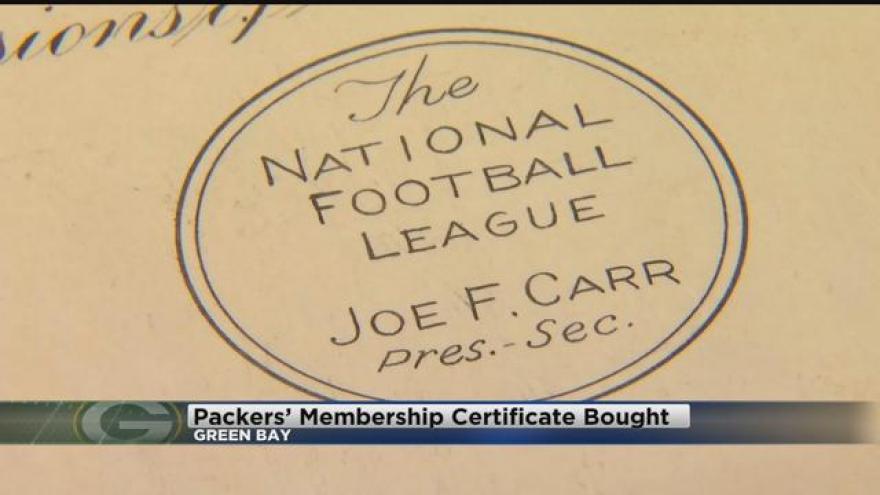 A piece of Packer history is back in the hands of Packers fan.

The original franchise certificate was issued to the pack in 1923 when the team became a fan-owned organization.

It was part of former NFL President Joe Carr's collection until he died in the late 1930's.

It wasn't until recently Carr's family put the certificate up for auction.

While the business men plan to keep the original they say they will make a high-res copy for the packers to display in the hall of fame.