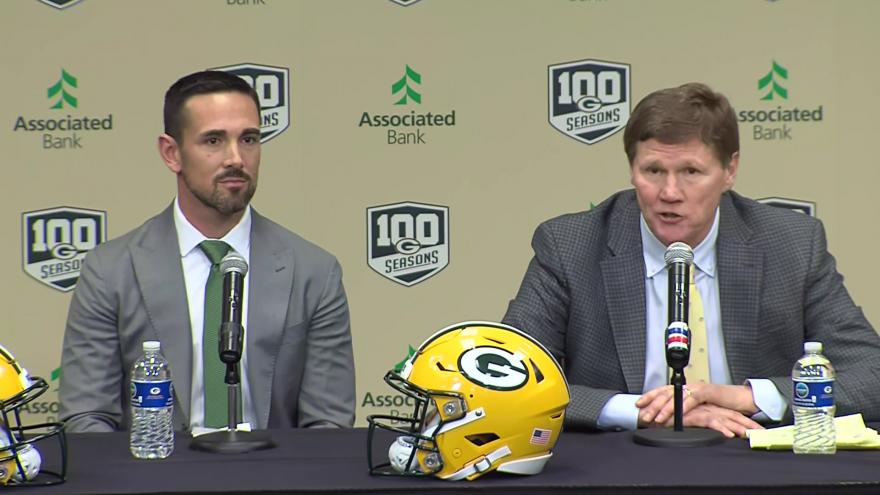 “It is my pleasure to introduce Matt LaFleur as our 15th head coach of the Green Bay Packers in our 100th season,” said Packers President Mark Murphy.

The proud moment for the Packers started before last season ended.

The team started hunting for a new head coach as soon as Mike McCarthy was fired.

“I think that by making the coaching change during the season, it really gave us a big advantage,” said Murphy.

They said they cast a wide net, and narrowed it down.

LaFleur was last, and right away they knew they had their guy.

“When we got in the room with him, the presence that he had in front of us just made me feel like he could coach our whole team,” said General Manager Brian Gutekunst.

They called LaFleur the day after the interview to offer him the job.

“First thing that Matt said was I’m speechless, I knew then that this was genuine excitement,” Murphy said.

“My wife and I were driving to pick our kids up from school, I thought I was going to get in an accident,” said LaFleur.

Now the team that has struggled the past two seasons thinks they’ve found the coach to lead them in a new direction.

“We have found a gem in Matt and I’m really excited about the future and his leadership,” said Murphy.

Interim Head Coach Joe Philbin was one of the 10 interviewed, he was the first interview after the season ended.

LaFleur says he will get started right away making staff decisions.