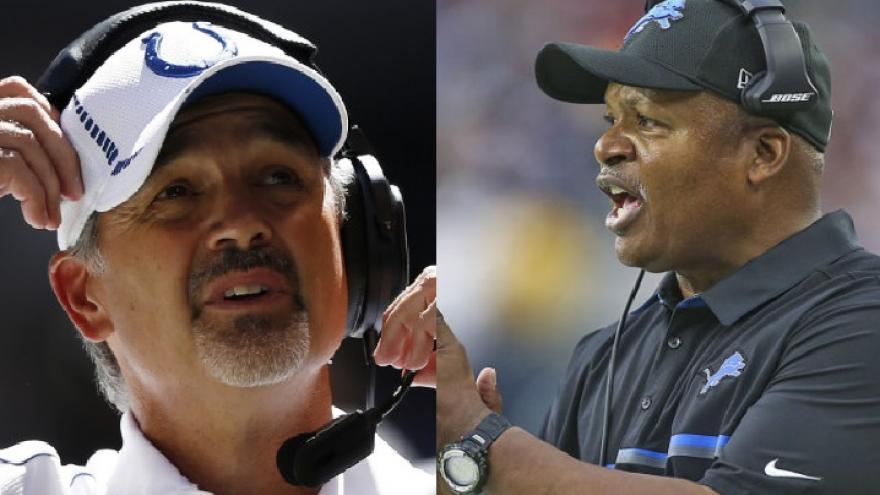 GREEN BAY, Wis. (CBS Sports) -- The NFL season isn't quite over yet, but it appears the Green Bay Packers have already started the process of interviewing candidates for their coaching job.

According to Pro Football Talk, the Packers have interviewed Jim Caldwell for the job, which officially opened up on December 3 after the team fired long-time coach Mike McCarthy. Although Caldwell has been out of the NFL this year, he's a veteran coach who has extensive experience in the league.

On one hand, the idea of Caldwell going to Green Bay seems kind of odd, but that's only because he used to coach one of the Packers' biggest rivals. The 63-year-old spent four seasons in Detroit and actually had some success there. During his four years with the team, Caldwell had a winning record three times and led the Lions to the playoffs twice. Despite those numbers, the Lions unceremoniously dumped himfollowing a 2017 season where the team finished with a 9-7 record. With new coach Matt Patricia, the Lions are just 5-10 on the season.

Of course, the fact that Caldwell coached the Lions could also be viewed as an advantage, because it means he's already familiar with the NFC North. The Packers probably also like the fact that Caldwell has had extensive experience coaching superstar quarterbacks. Caldwell spent 10 seasons in Indianapolis where he served as both quarterbacks coach (2002-08) and head coach (2009-11) on a Colts team that went to two Super Bowls and won one with Peyton Manning.

If Caldwell were to be hired in Green Bay, he'd have another superstar quarterback in Aaron Rodgers. Caldwell also had a track record of success that includes three Super Bowl appearances and two Super Bowl wins (both wins came while he was an assistant coach).

Apparently, the Packers are highly interested in former Colts coaches, because they also interviewed Chuck Pagano, according to the Milwaukee Journal Sentinel. Pagano coached Andrew Luck in Indy for six seasons before being fired following the 2017 season.

Although the Packers have said that Rodgers won't have much to do with the coaching search, the quarterback still decided to offer some input this week. After Green Bay's 44-38 win over the Jets, the Packers quarterback said he wouldn't mind if interim coach Joe Philbin kept the job.

"We want to play for Joe and give him the best opportunity possible [to get the job permanently]," Rodgers said, via Madison.com.

Even if the Packers don't hire Caldwell, the fact that they interviewed him means the team has now complied with the NFL's Rooney Rule, which calls for at least one minority candidate to be interviewed by any team with an opening at head coach.