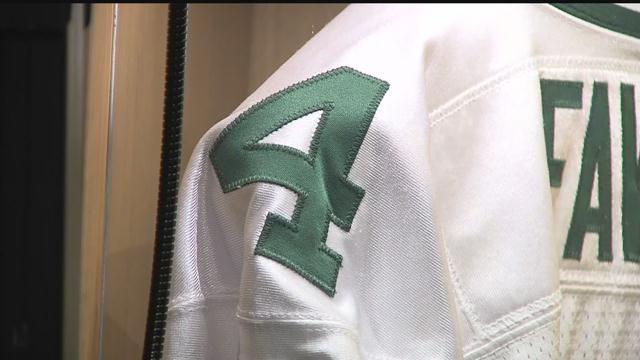 Brett Favre will be honored at halftime of a Packers home game this season, but he's also being honored before the season begins.

An exhibit featuring Brett Favre's career achievements will open Wednesday morning at 9:00 at Lambeau Field. Packers president Mark Murphy will be among those present for the ribbon-cutting ceremony.

One display at the new exhibit looks at Favre's record 297 consecutive starts. Another shows every Packers player who caught a touchdown from Favre. Anyone who purchases a ticket to the Packers Hall of Fame will have access to the Favre exhibit.