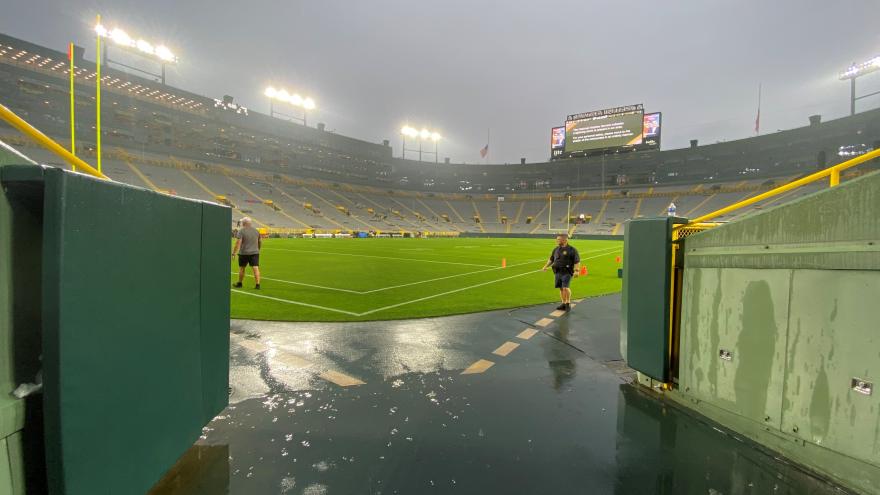 UPDATE (7:21 p.m.): After reports of lightning near Lambeau Field delayed the 7 p.m. start time, the Green Bay Packers announced that Packers Family Night is safe to resume in Green Bay.

CBS 58 News will be carrying the statewide broadcast of Packers Family Night live from 7:00 pm to 10:00 pm.

According to the National Weather Service and weather reports confirmed by the CBS 58 Weather Team, lightning was detected near Lambeau Field just ahead of the 7 p.m. start time.

As a result, the Packers ordered the stadium bowl of fans to evacuate to the indoor concourse and atrium until further notice.

In a statement from the Packers Twitter account, the team stated that "Lightning has been detected near Lambeau Field & the stadium bowl is being evacuated. Stay tuned for further updates."