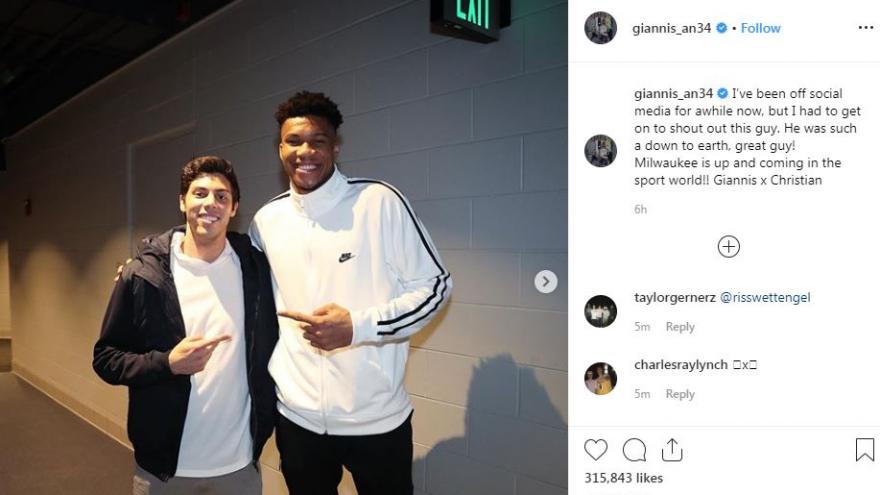 MILWAUKEE (CBS 58) – The Milwaukee Bucks are getting support from other Wisconsin athletes during their playoff run.

On Wednesday, several Brewers players including Christian Yelich, Ryan Braun and Mike Moustakas went to Fiserv Forum to cheer on the team.

The ? are here to cheer the deer. #ThisIsMyCrew#FearTheDeerpic.twitter.com/AFFAR7tgfx

After the series win over the Boston Celtics, Giannis Antetokounmpo posted a picture on Instagram with Yelich saying, “I’ve been off social media for awhile now, but I had to get on to shout out this guy. He was such a down to earth, great guy! Milwaukee is up and coming in the sport world!! Giannis x Christian”.

Offensive lineman David Bakhtiari was also at the game, he drew a lot of cheers after drinking two beers while featured on the jumbotron.