Packers-Bengals game could be hottest in Lambeau history 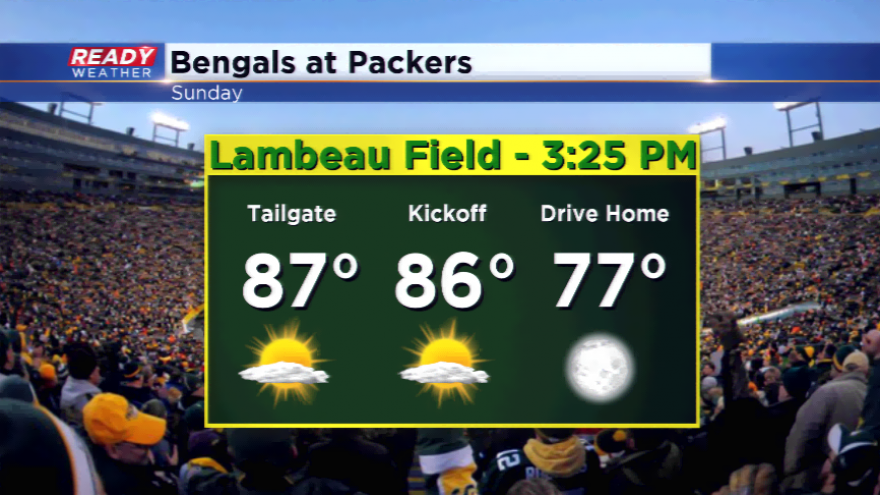 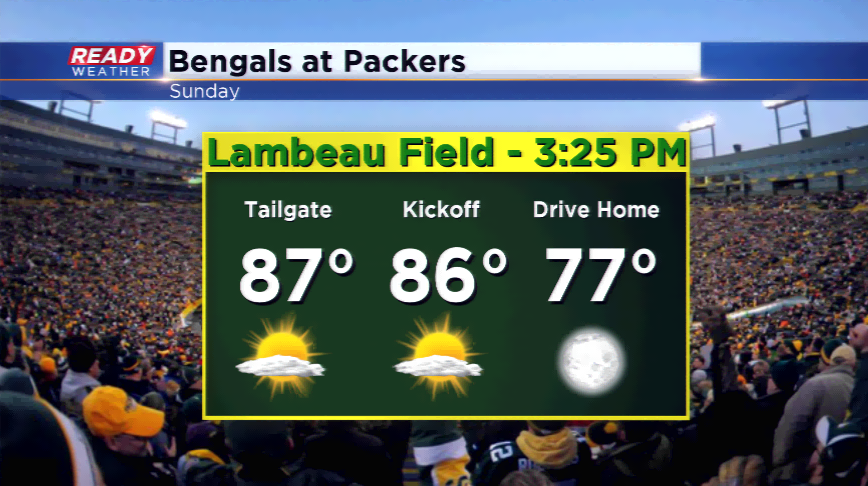 When you think of coming to Lambeau field you think of the rich history, the football legacy, maybe cheese, and hold brutally cold it can be in winter. When the schedule came out earlier this year, the Bengals were thrilled they didn’t have to come to Green Bay in December. But did they expect to play in the hottest game ever in Lambeau?

That’s right. Sunday’s game again could be the hottest game in terms of temperatures ever at Lambeau field. If we are talking records, we have to see where it stands now. The hottest game ever is 1963 against the Los Angeles Rams when at 84 degrees. This was actually an October game played on the 6th. The Packers smoked the Rams 42-10.

The Packers have played in hotter games. Here’s a list of the hottest games away from Lambeau (since 1959): 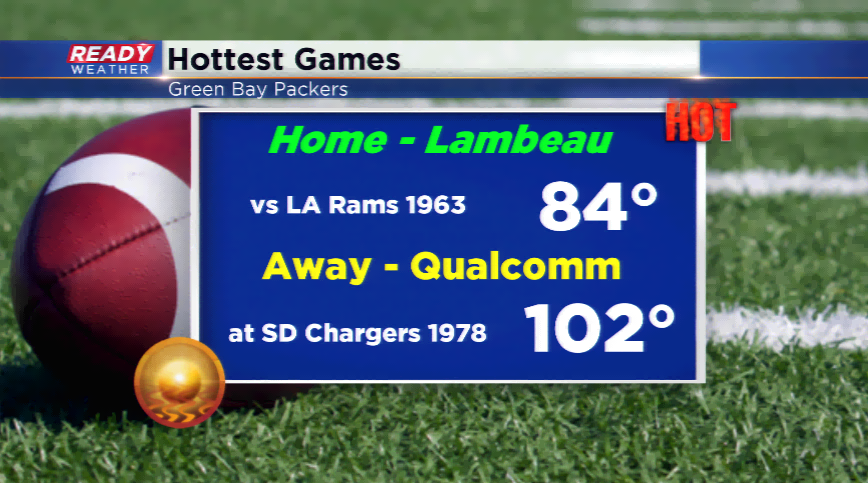 Pack the sunscreen, and make sure to keep water close by for this warm game!