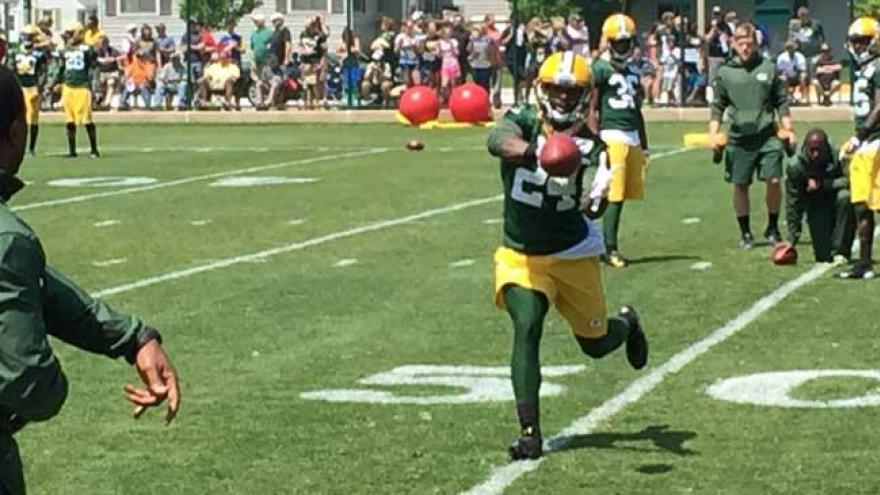 This week the Green Bay Packers announced the schedule for 2017 Packers Training Camp, Presented by Bellin Health. As in the past, practices are scheduled to take place at Ray Nitschke Field and Packers Family Night will be at Lambeau Field.

The Packers will hold two night practices, beginning at 6.15 p.m. on August 3-4, before Family Night takes place at Lambeau Field on Saturday, August 5. The following week, the team will have two open practices at Nitschke Field, 12:15 p.m. on August 7 and 11:45 a.m. on August 8, prior to the preseason opener at home against the Philadelphia Eagles on August 10.

The team’s last open practice of training camp will take place at 11:45 a.m. on Aug. 29 prior to the preseason finale against the L.A. Rams at home on Aug. 31.

Should inclement weather or any other factor force the team indoors, practices will be closed to the public due to space limitations inside the Don Hutson Center. Please also note that all practice dates and times are subject to change.

The annual Packers Family Night, presented by Bellin Health, is scheduled for Saturday evening, Aug. 5, at Lambeau Field. The event will benefit the Wendy’s Wonderful Kids foster care adoption program. For the fourth consecutive year, the format will be a full practice to accomplish the team’s preparation goals for the regular season. The event will include 11-on-11 sessions that will feature full contact. The doors for the event will open at 5:30 p.m., the team will be introduced on the field at 7:30 p.m. and will conclude with the Pick `n Save Fireworks Show.

Green Bay’s two home preseason games, presented by Bellin Health, are slated for Aug. 10, vs. Philadelphia, and Aug. 31, vs. Los Angeles. The Packers’ two road preseason contests are at Washington, Aug. 19, and at Denver, Aug. 26.

Important dates on the preseason calendar include:

According to the Greater Green Bay Convention and Visitors Bureau and a 2010 study by AECOM, training camp, along with Packers Family Night, Presented by Bellin Health, will attract approximately 90,000 visitors from across the nation and as many as 20 foreign countries. With an economic total impact estimated at approximately $9 million, training camp is a financial boost to many area businesses.

This marks Green Bay's 72nd training camp, a tradition that began in 1946 under Curly Lambeau. One of the most intimate preseason settings in the NFL, Packers training camp is unique in several respects. Players have been riding kids' bicycles to practice since the Vince Lombardi era, a tradition that now includes five special bikes as part of the American Family Insurance DreamDrive. The team has lived in the dorm rooms at nearby St. Norbert College since 1958, the league's longest training-camp relationship between a team and school.