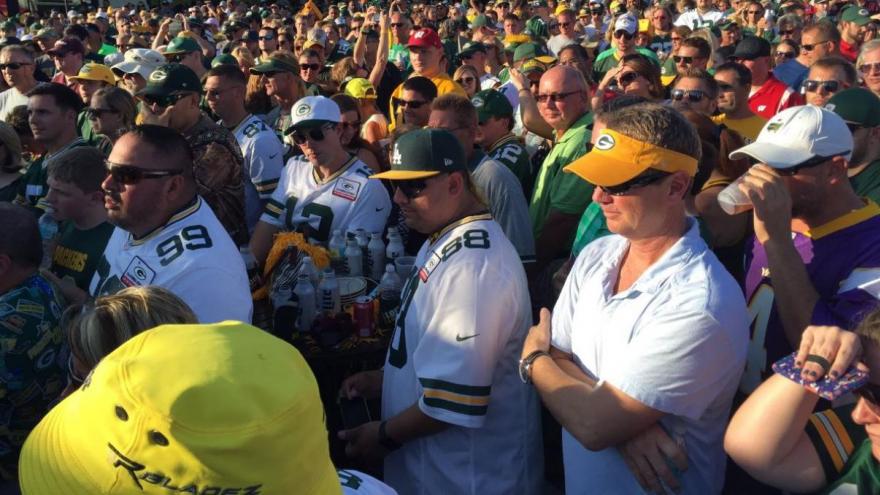 Packers fans are invited to bring their energy and excitement for Sunday’s Packers-Falcons NFC Championship to Atlanta a day early for a free Packers Everywhere Pep Rally on Saturday, January 21, at 6:00 PM Eastern Time.

The festivities will take place at Park Tavern, located at 500 10th Street NE in Atlanta. The Park Tavern Restaurant opens at 11:30 AM, with food and beverages available for purchase throughout the day. The Aquafina Rink at Park Tavern, which is attached to the rally venue, will also be open to the public for ice skating.

Packers President/CEO Mark Murphy will take part in the pre-gameday pep rally activities by greeting fans and participating in a Q-and-A session with emcee Wayne Larrivee, radio voice of the Green Bay Packers.

Packers alumni Don Majkowski, Ezra Johnson and David Whitehurst will also attend the rally to take photos with fans and discuss their thoughts on the matchup between the Packers and the Falcons. To conclude the event, Packers.com’s Mike Spofford and Wes Hodkiewicz will take the stage to preview the next day’s game.

Fans planning to attend the rally are encouraged to sign up in advance for the opportunity to win autographed Packers giveaway items, including a Randall Cobb-signed jersey, Mike Daniels-signed football, Julius Peppers-signed helmet and Packers Pro Shop gift cards.