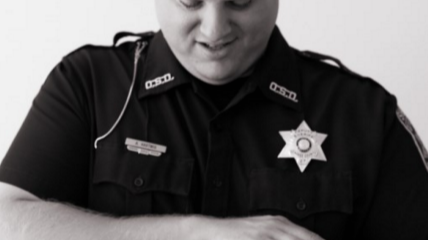 Ozaukee County Deputy Sheriff Adam Hartwig passed away unexpectedly at his home Friday afternoon, of natural causes. Adam was just 30-years-old. He leaves behind his wife Janel and 8-month-old son Waylen. Adam met Janel, his high school sweetheart, when he was 15 years old. The two got married in 2012. Their son arrived in July of 2015.

Adam began his career with the Sheriff’s Office August 26, 2013, working in the Jail. One year later he was promoted to patrol. He considered his fellow Deputies a second family

A memorial fund has been set up for donations.Contributions will be put towards Adam's son Waylen's education and expenses.