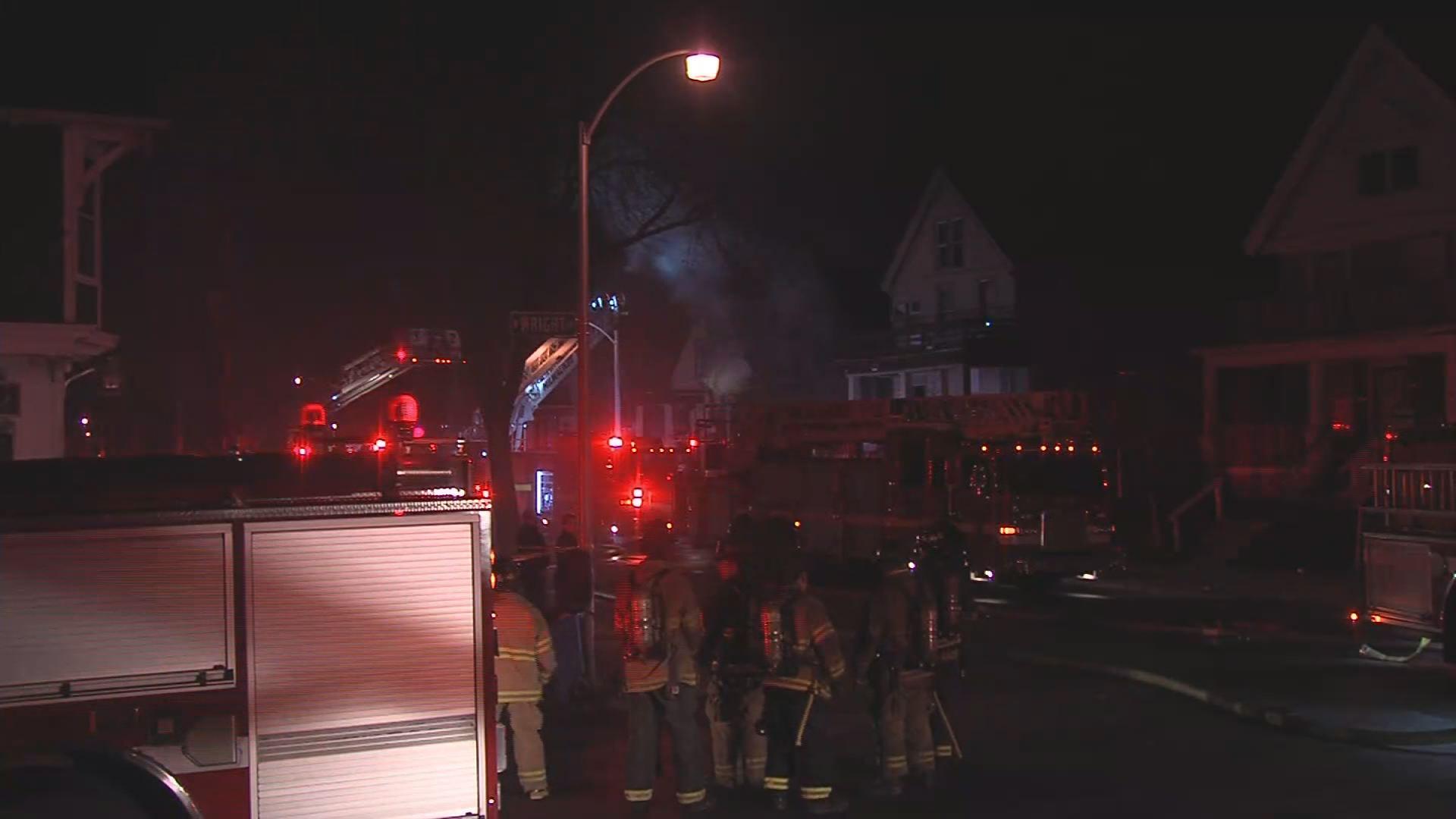 MILWAUKEE-- While most people were sleeping early Friday morning, two people were killed in a house fire in Milwaukee. The fire broke out around 3:30 a.m. at a home near 38th and Wright on the city's north side.

When firefighters searched the home, they found a man and a woman dead in a first floor bedroom closet.

We're told the victims appear to be in their late 20s. Assistant Fire Chief Dan Lipski says, the two may have traveled here from Oklahoma for a funeral.

Fire crews say a woman jumped out of a window to save her life.  Family members told CBS-58 she just gave birth to twins.  The babies were taken to a relative's home for the night a few hours earlier.  They say she's recovering well at Froedert Hospital.

Investigators say they're looking for another person who reportedly escaped. That person is being sought for questioning.

This was a difficult fire for firefighters. Flames had already taken over two floors of the home by the time they arrived.

They also heard explosions which initially prevented them from going inside the house. Investigators later determined oxygen tanks inside the home had exploded.

The flames also jumped to two neighboring houses, but firefighters were able to save those homes.

Investigators are working to pinpoint what caused the fire. No smoke detectors were found in the house.

Family and friends of the two deceased victims told CBS-58 they're concerned criminal activity might have led to the tragedy.

Milwaukee firefighters are going door-to-door in the neighborhood to check for working smoke detectors. They'll install free smoke detectors for those who need them.

The American Red Cross says 15 people were displaced after the fire.