Oregon Armed Protesters: 'We're in it for the long haul' 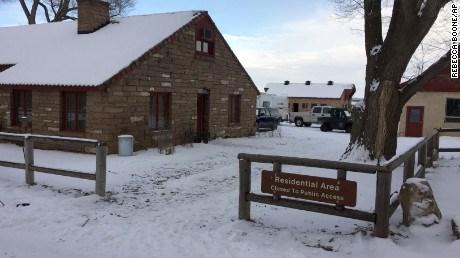 Malheur National Wildlife Refuge, Oregon (CNN)Now, they have a name. And now, we know how long they're vowing to stay.

The armed protesters who took over a federal building in Oregon are calling themselves the Citizens for Constitutional Freedom.

And they say they're not budging anytime soon.

"We came very well prepared. We're in it for the long haul," protester John Reitzheimer said.

But it's not exactly a standoff. There have been no police at the snowy, desolate Malheur National Wildlife Refuge since the occupiers took over the main building Saturday.

And that's a smart decision by authorities, analysts say.Law enforcement should just wait the protesters out, experts say.

"There is no real reason, at this point, to go in. And the FBI knows that," said Steve Moore, a retired supervisory special agent for the FBI.

He said federal authorities have learned that lesson the hard way. Take, for example, the deadly confrontation at the Branch Davidian compound in Waco, Texas, in 1993.

"A hundred people died in that," Moore said. "It was a suicide; however, it was provoked by the FBI intervention."So how long should authorities wait, and what would force that tactic to change?

"I think they will wait a long, long time," Moore said. "The only thing that would force them to change that would be if these people posed a life-and-death threat to someone."

The FBI, which is leading the investigation, hasn't specified what it will do.

"The FBI is working with the Harney County Sheriff's Office, Oregon State Police and other local and state law enforcement agencies to bring a peaceful resolution to the situation at the Malheur National Wildlife Refuge," the agency's Portland office said in a statement.

For two days, the group made only vague statements about what would make them leave. But on Monday night, protest spokesman Ammon Bundy laid out specific demands.

The occupation would end when "the Hammonds are freed and the federal government gives up control of the Malheur National Forest," Bundy tweeted.

The tweet was later deleted.The elder Bundy also made headlines for openly speculating whether African-Americans were better off as slaves.

The Bundys' history of fighting the federal government

Ammon Bundy has refused to say how many armed protesters are inside the refuge, saying that information might jeopardize "operational security."

But he said he doesn't want the situation to turn violent.

"As I said on @CNN this morning, I love my wife & family," Bundy tweeted. "I have no plans nor desire to die."The armed protesters have said they are trying to help the Hammonds, who were convicted of arson and sentenced to five years in prison.The Hammonds have said they started a fire in 2001 to reduce the growth of invasive plants and to protect their property from wildfires, CNN affiliate KTVZ reported.

But prosecutors said the Hammonds torched about 130 acres of public land in an attempt to cover up the poaching of deer on federal property.

Throughout the siege, Bundy has claimed the two ranchers were targeted for not selling land to the government.

But the father-and-son ranchers have distanced themselves from the group.

"Neither Ammon Bundy nor anyone within his group/organization speak for the Hammond family," the Hammonds' attorney, W. Alan Schroeder, wrote to Harney County Sheriff David Ward.

On Monday, the Hammonds turned themselves in to prison to serve their five-year sentences.

Now, it's time for the protesters to end the siege, the sheriff said.

"You said you were here to help the citizens of Harney County. That help ended when a peaceful protest became an armed occupation," Ward said.

"The Hammonds have turned themselves in. It's time for you to leave our community, go home to your families and end this peacefully."