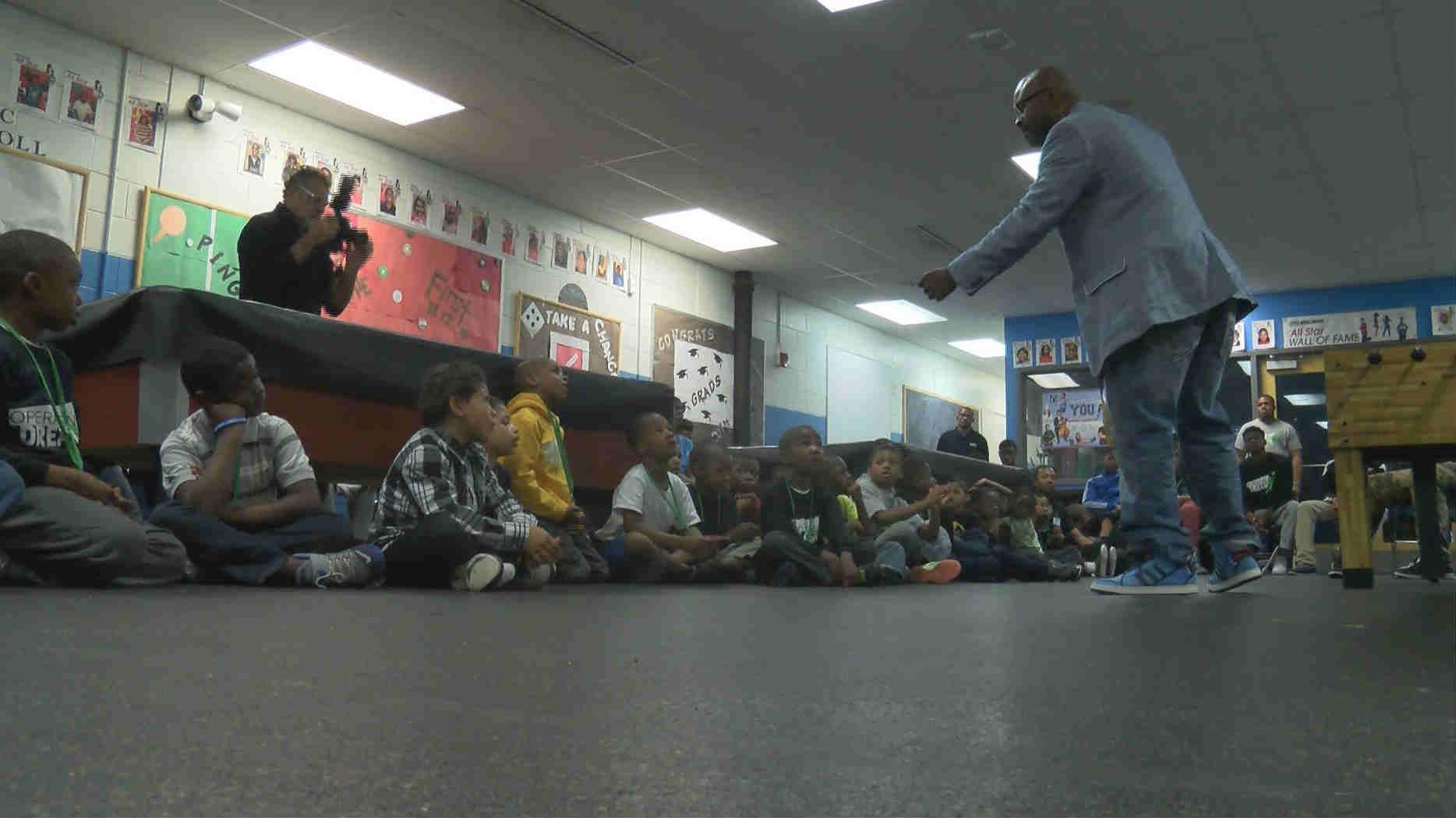 With salutes, recited responses and marching in formation early on a Saturday morning, you could confuse what Rodney Bourrage runs at the LaVarnway Boys and Girls Club with a disciplinary boot camp.

But Bourrage wants to keep kids out of trouble in the first place.

\"I looked just like they look when I was their age and there were people there for me throughout the community,\" Bourrage said. \"And I want to be there for the boys.\"

The Milwaukee native coached baseball and youth basketball for years, but grew tired of seeing many of the promising young men he coached end up in trouble with the law.

\"Too many guys, too many great kids, great teenagers coming in and out of jail and I just said, 'I have to do something more,'\" Bourrage said.

So Bourrage formed \"Operation Dream\" nine years ago. He invites up to 150 boys every Saturday to learn, play and listen at the club near 15th and Center Streets.

\"It gave me a chance to see that, hey this world out here, all these great things you want to see and do, they're for the taking,\" program graduate Antwan Powell said. \"You just have to work for it.\"

Bourrage's program draws from one of Milwaukee's poorest and most violent zip codes on purpose, providing guest speakers like Milwaukee County judges the chance to influence kids before they end up in the justice system.

\"A lot of those kids who made those bad decisions that I ended up sentencing on homicides or aggravated behavior didn't have groups like this, they didn't have a strong family structure,\" judge David Borowski said after speaking to several groups of young men Saturday.

\"They need to internalize the message,\" fellow judge Joe Donald said. \"They need to be able to be secure in their own self so that when they're with their friends they can be that voice of reason.\"

Inspiring boys to find their voice while leading them down the right path, one weekend at a time.

Bourrage says every one of the boys who sticks with his program to the end has graduated high school. You can find more information about Operation Dream through the program's website here.