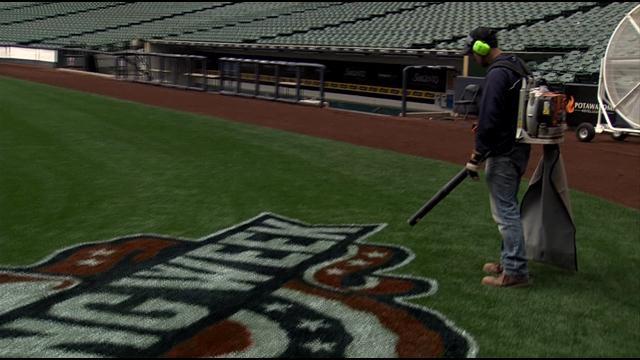 The Brewers' grounds crew has been working tirelessly for months to prepare for Opening Day.  Outside of the stadium, grass is showing, but it isn't exactly green.  However, inside Miller Park, it's bright green and expertly mowed, ready for the players to take the field.

Michael Boettcher, the director of grounds at Miller Park, says the grounds crew uses grow lights to simulate sunlight to give the grass a boost.  That, along with lots of water, means it looks more like June than April inside the park.

Early Monday morning the crew was out on the field to put the finishing touches before Bud Selig takes the mound for ceremonial first pitch on Opening Day.