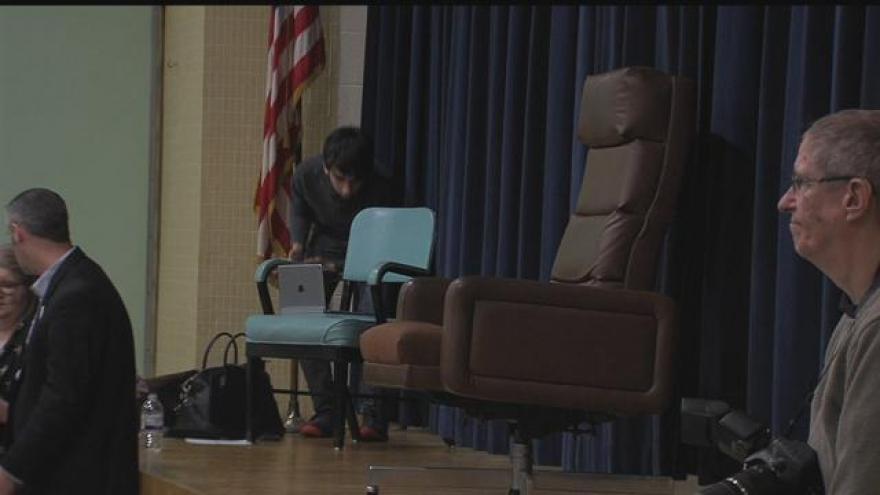 More than 100 people filled the UAW Union Hall in Kenosha Sunday night ready to talk with Speaker of the House Paul Ryan in an open event.

The congressman was not there.

Organizers with Forward Kenosha say it is symbolic of the fact they haven't been able to get in touch with him.

Speaker Ryan's office tells us they declined the invitation.

People who showed up used the opportunity to speak their mind even if it was to an empty chair.

Speaker Ryan has been pushing to repeal the affordable care act for years, but Ohio Governor John Kasich is critical of the idea. He says it would be better to fix it and not risk millions of people losing coverage.