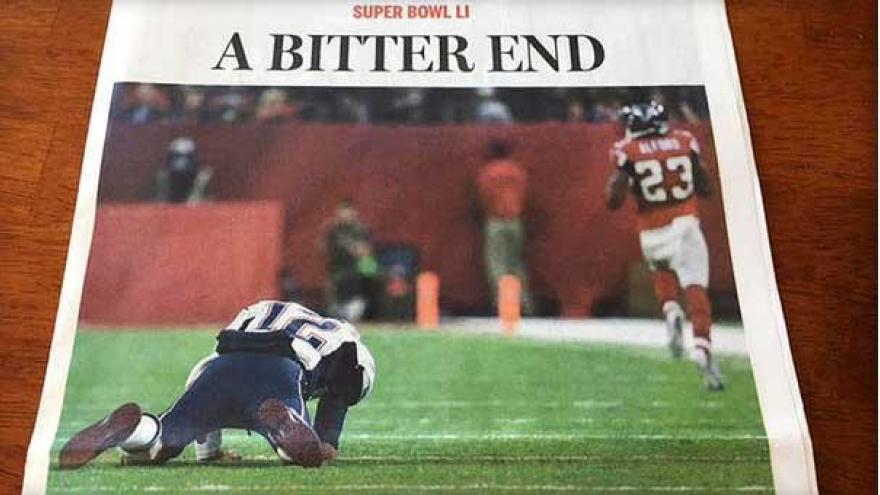 BOSTON  (CBS NEWS)- It wasn’t exactly ‘Dewey Defeats Truman,’ but some Florida readers of The Boston Globe learned a different Super Bowl outcome than most.

The headline read “A Bitter End” over an image of a fallen Tom Brady. The Patriots ended up mounting a furious rally and won 34-28 in overtime.

ESPN NFL reporter Field Yates shared a photo of an early edition of The Globe received by someone in Naples, Florida Monday morning. The headline blared “A BITTER END” and shows Patriots quarterback Tom Brady despairing as the Falcons return his interception for a touchdown to take a 21-0 lead.

Boston-area editions ran the headline “Win For The Ages” and showed a triumphant Brady holding up the championship trophy as confetti fell.