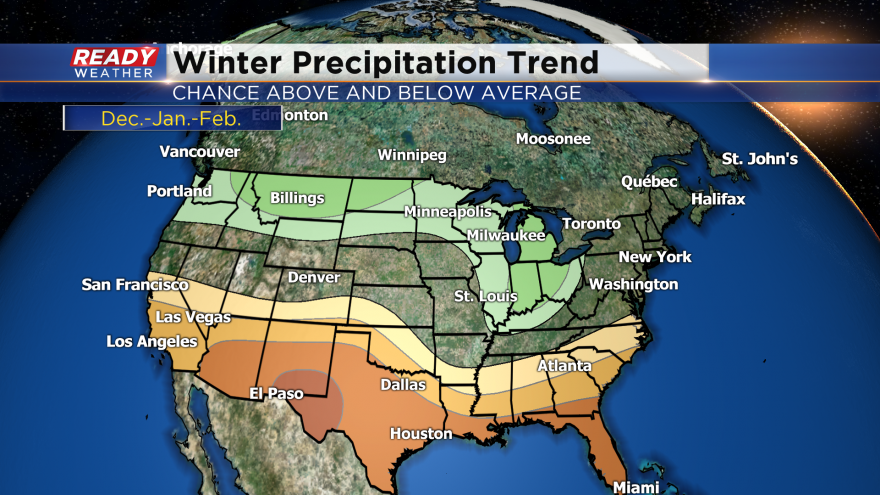 NOAA released its winter outlook for the United States on Thursday, giving us an idea of what the winter months of December, January, and February may look like. Their 3 month outlook shows warmer than normal temperatures favored across the southern half of the country, along with the East coast, and cooler than normal temps across the far north. In Wisconsin, we have equal chances for above, below, or normal temps. 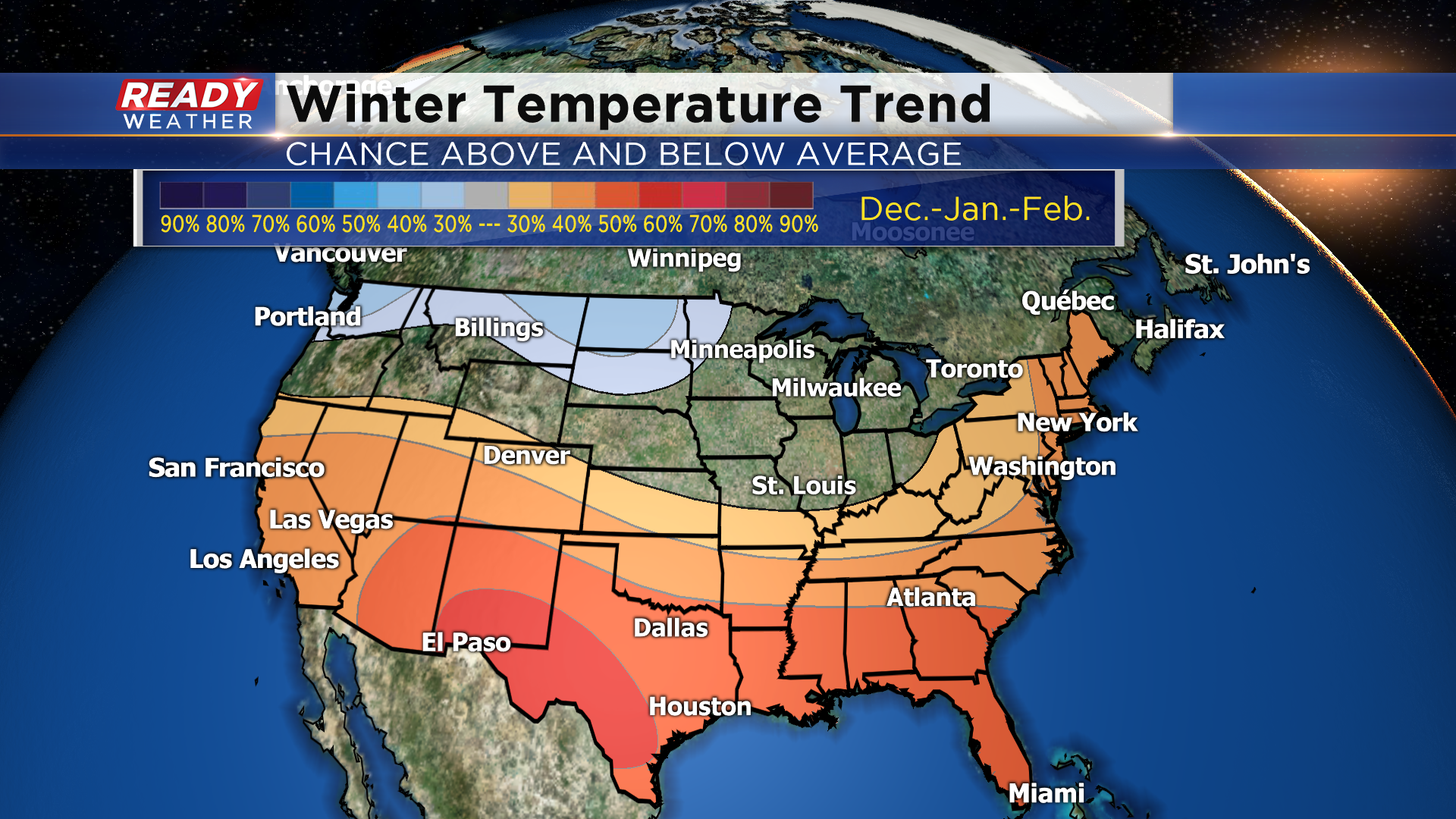 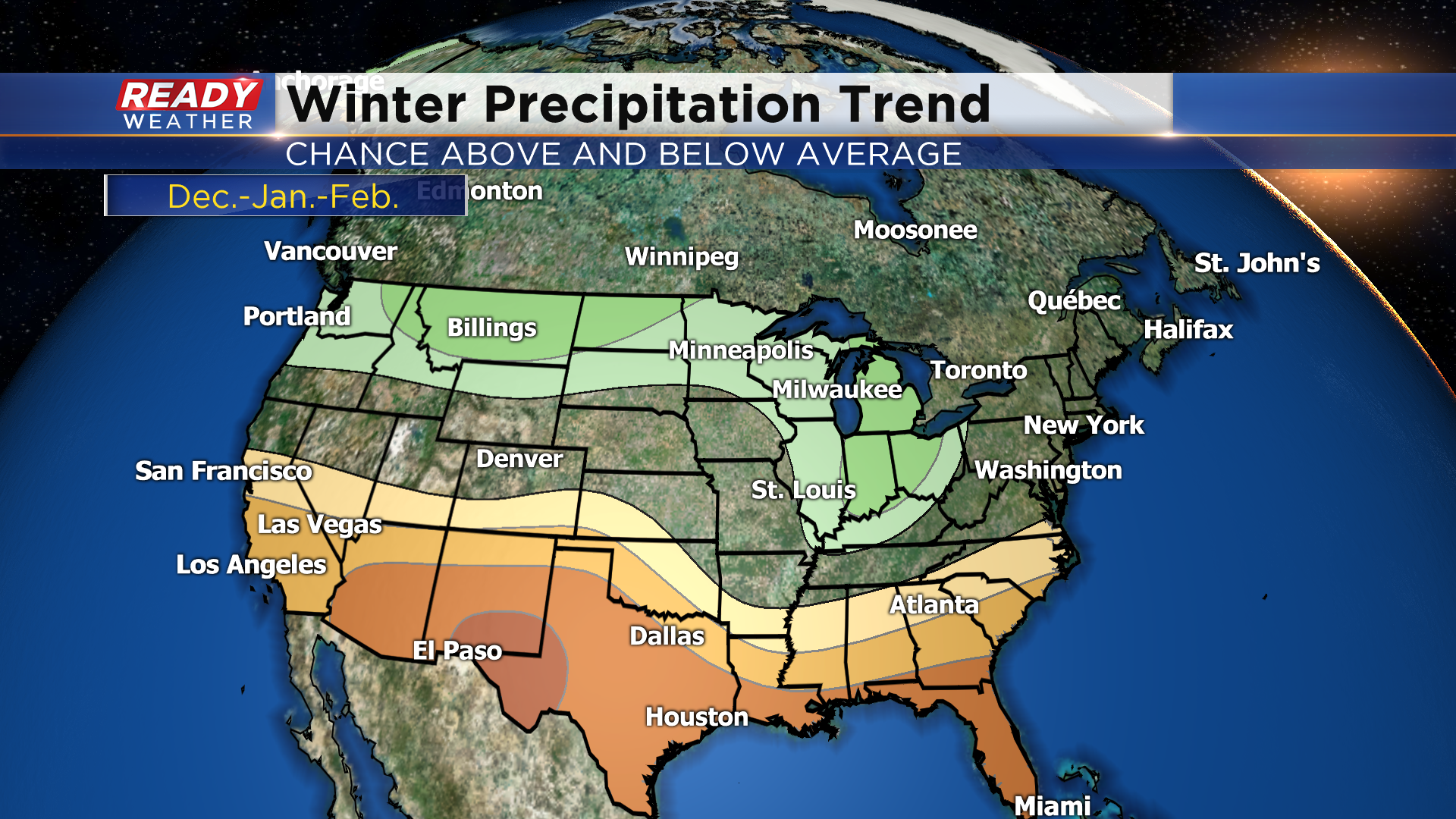 One of the main reasons the winter outlook favors warmer, drier conditions in the south and cooler, wetter conditions across the north is because we’re in a La Niña climate pattern. These are the typical impacts La Niña has on winter weather in the United States. In a La Niña pattern, the polar jet stream sags into the northern US more often in the winter, which allows more Alberta clippers to drop into the northern half of the US from Canada. Alberta clippers are quick moving low pressure systems that drop light amounts of snow. During La Niña, the number of these systems that move through Wisconsin increases, which leads to the above normal precipitation. Arctic air typically follows these systems. 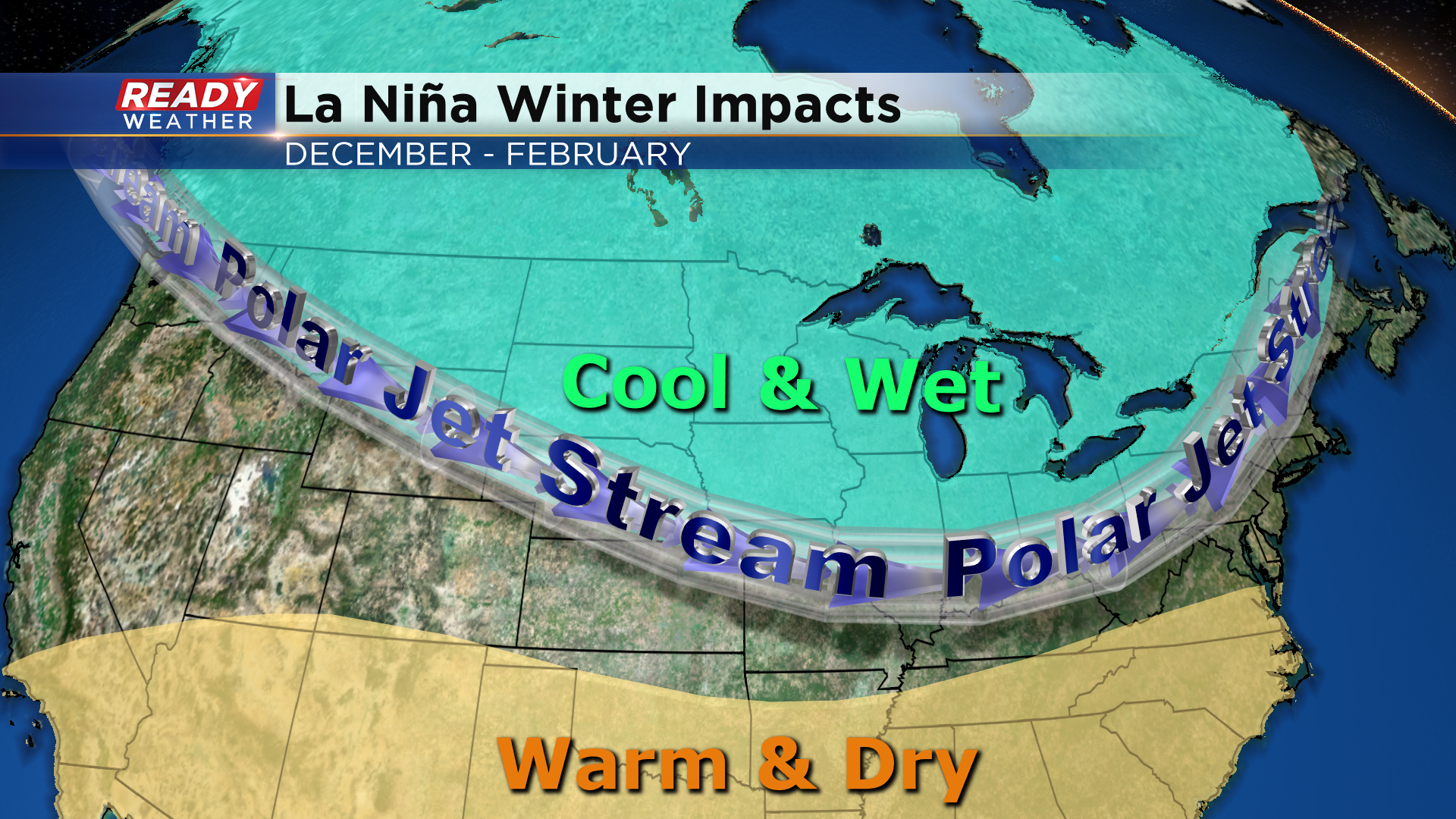 The ongoing La Niña is expected to continue throughout the winter (85% chance) and could be on the moderate to strong side. During the winter months of December-January-February, Milwaukee normally picks up 35.1” of snow, 5.45” of precip. (rain and snow’s liquid equivalent), and has an average temperature of 25.1°. 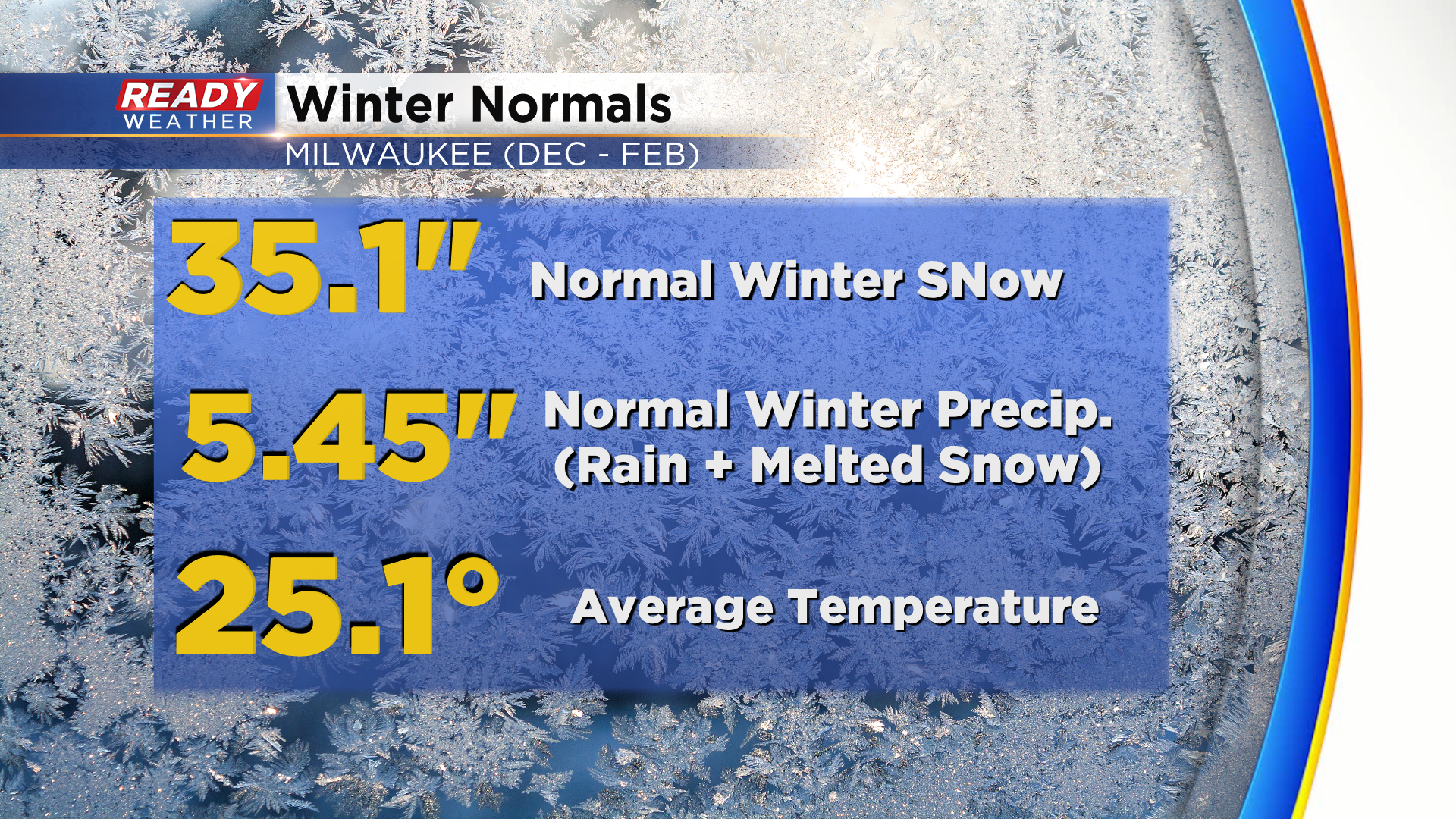 Data for El Niño and La Niña only goes back to 1950. Since then, there have been 22 La Niña winters, and many have been colder and snowier than normal in MIlwaukee. La Niña can vary in strength (weak, moderate, strong), and in the time of year that it's present. There are 3 La Niña winters that have a similar start time and strength as our current La Niña and its projected strength through the winter. Here's how those winters played out: 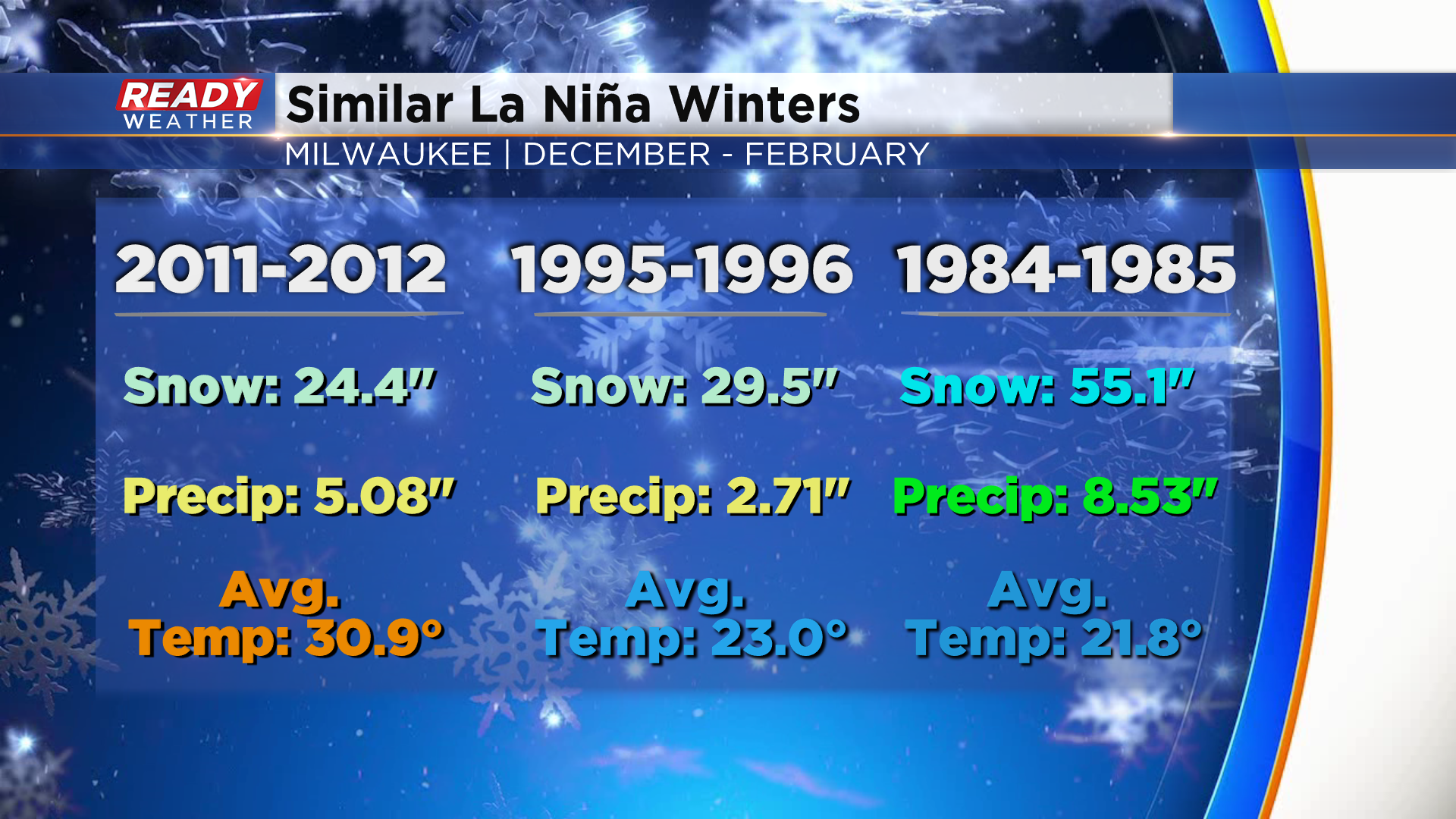 Two of those winters actually had below normal snowfall and precipitation, while the winter of '84-'85 was 20" above normal. The winters of '94-'95 and '84-'85 were colder than normal, but the winter of 2011-2012 was over 5 degrees above normal. So while there's a slightly better chance we have above normal precipitation this winter because of La Niña, it's not a guarantee as there are other atmospheric factors also in play. What is a guarantee is that it will snow, and we will have warm days and bitter cold snaps, just like we do every winter.

Speaking of snow, folks across the northern half of the state had a solid dusting of snow this morning! As that disturbance tracks into our area later this afternoon and evening, we could see a few flakes or snow pellets (graupel) mix in with the showers. 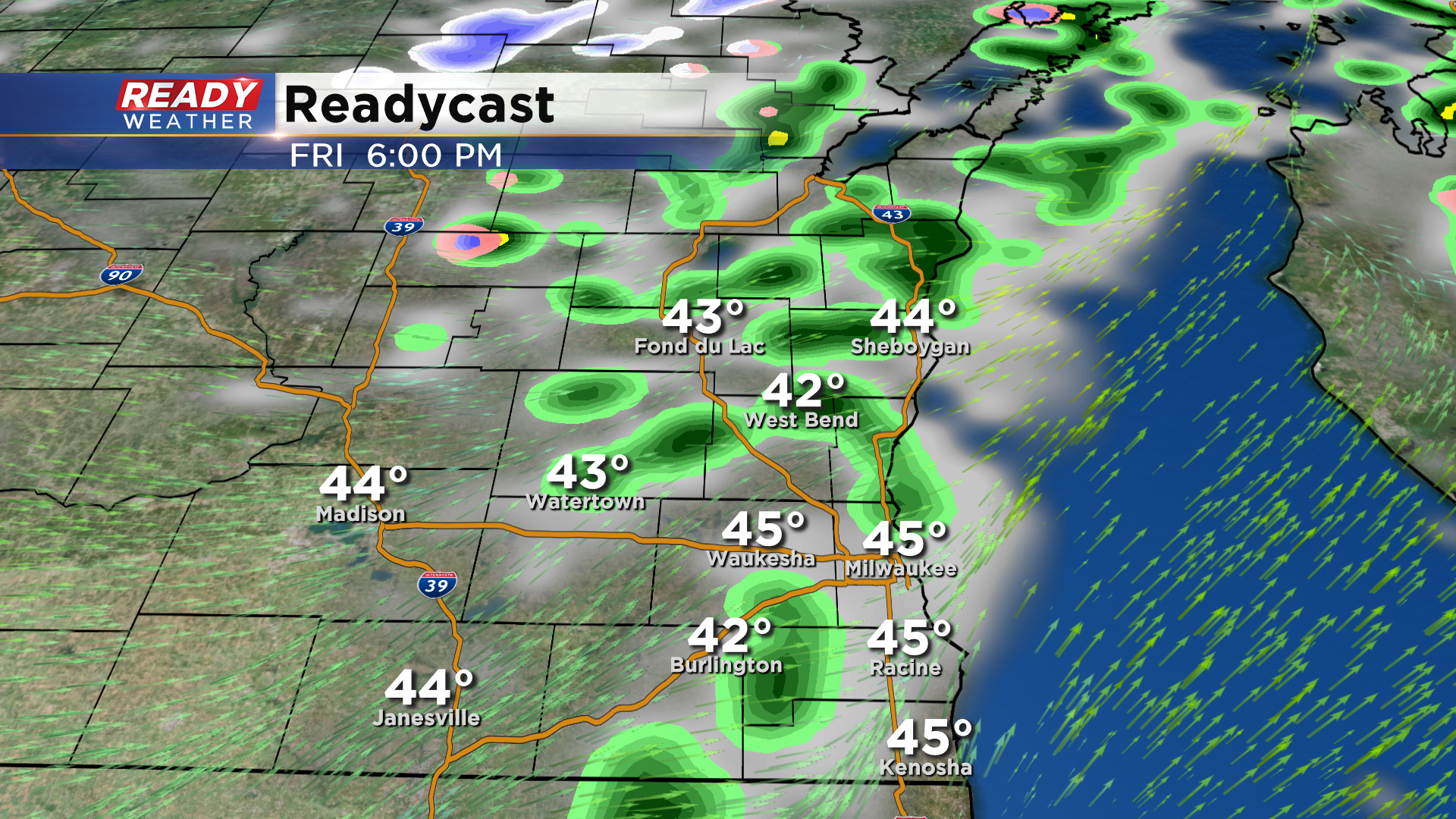 A few models are also hinting at a chance for some slushy, wet snow early Sunday morning. 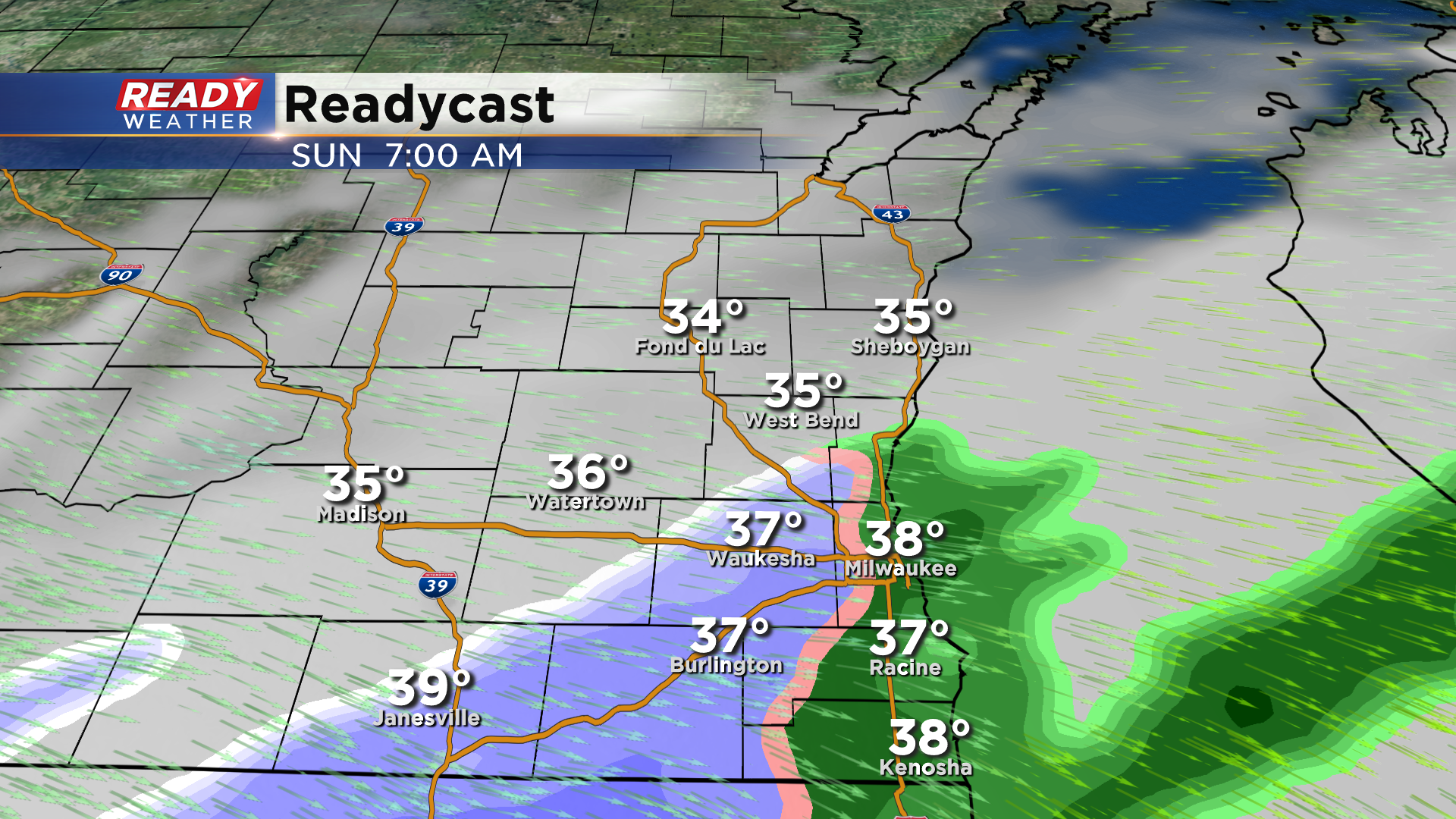 This is not set in stone and could change as we move closer. Download the CBS 58 Ready Weather App to track the rain and possible mix over the next few days.