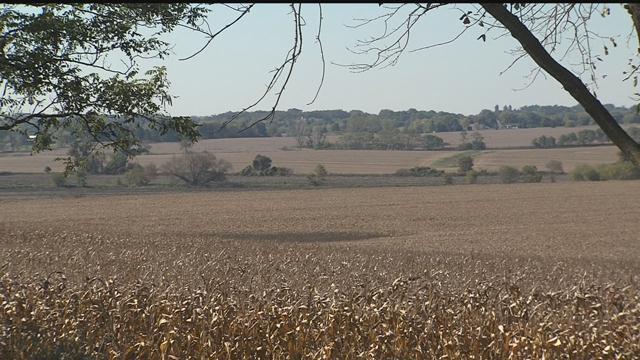 It's been a year since Kenosha County endured the lengthy and sometimes dramatic pursuit of a native son turned murder fugitive.
Even with Andy Obregon behind bars CBS 58's April Dovorany found a community forever changed.

Kenosha County Sheriff David Beth says Andrew Bbregon took something from this community; something he's not sure they will ever get back.

He says one year later towns like Brighton and Paris are different.

Loaded guns behind locked doors and security systems:  the people have changed too.

"I took a self defense class at UW-Parkside," said Sarah Frederick, who lives nearby in the town of Paris.

Beth says its all thanks to those three weeks in October 2015.

"He'd go through the cornfields at 100 MPH in the pick-up trucks he stole," said Beth.

Always escaping, because, Beth says, it was too dangerous to send in single squads after him.

"Our squads aren't gong to do that, they're not going to chase blindly after someone," he said.

The Frederick family came up with a safety plan including carrying tasers and keeping in close contact with neighbors.

"We locked a lot of stuff down, we hid cars, we didn't want them out in the open," said Sarah Frederick.

The entire community was on high alert watching out for Obregon.

"For almost a week the kids couldn't go out on recess not just here but also in Paris and western Racine County," said Beth.

Beth says between buying a drone, paying overtime and wages at least a hundred thousand dollars were spent trying to find Obregon.

And while his capture was expensive the community paid an even bigger price: Giving up their sense of safety.

"This is the way were going to live from now on. And I don't know its the way everyone wants it out here. But its the way it is," said Beth.

Obregon's trial is scheduled for the end of January 2017. He faces first degree murder charges, amongst others.