One-on-one with the team: Brewers on Deck 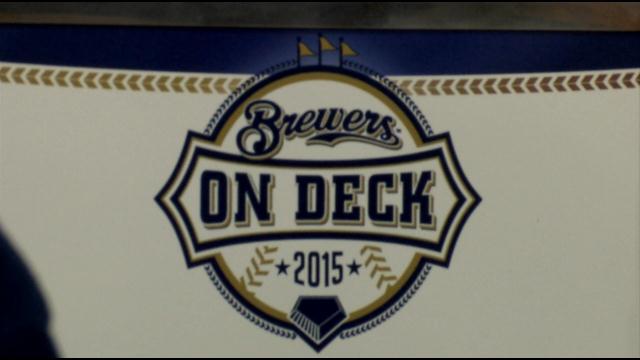 Baseball season is really not very far away. In fact, Brewers pitchers and catchers report for spring training in less than a month. But any brewer fan who needed an early taste of the national pastime probably showed up at the Wisconsin Center for today's Brewers on Deck fan fest.

The fans came out by the thousands to have a little Brewers fun in the middle of winter. From meeting to the players to watching the \"Brewlywed Game\" there was plenty for fans to enjoy. Even long lines couldn't keep the Brewer fans away from their favorite players.From a ball signed by  Johnathan Lucroy to a picture with Bob Uecker, the fans we spoke with said their favorite part of this event is the chance to be one on one with the team.

\"Oh its very cool, because being up close and personal with them makes them more human. You see they're just like us,\" said longtime Brewers fan Brian Eisel.

Lucroy says the event gets the team excited for the new season.\"It's always great for me to come back to the fan-fest because I get to see my teammates, coaches and the fans obviously it's the biggest part.\"

Second baseman Scooter Gennett agrees, \"Expectations are up. Who evers out there I mean if its me next year, I should be doing a good job, doing my job. That's what I expect to do. When it comes to playing every day and facing lefties I'm looking forward to that and I can finally get back to my game.\"

And fans tell us they're looking forward to this year.

\"I'm just hoping we play strong and keep getting those W's and maybe get to the post season,\" said Lopez.