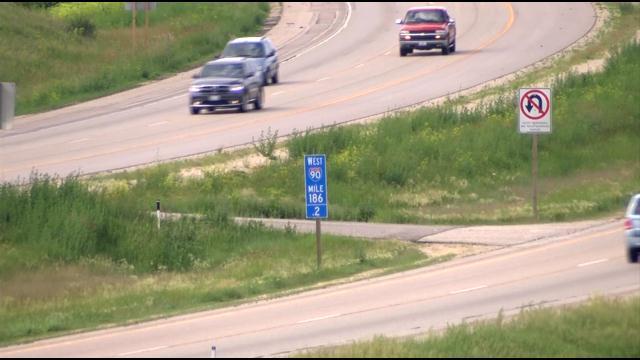 Multiple agencies were called out after a deadly crash on I 39/90 in Beloit Saturday night.

State patrol says it happened around 11:30 Saturday night just south of I-43.

They say a 20 year old Janesville woman, who is suspected to have been drinking, was driving south on I-39/90 and hit a guardrail, forcing her Ford Taurus into the interstate facing oncoming traffic.

The drivers of both a Dodge Caravan and a Volkswagen Jetta stopped to help but a semi truck hit the disabled Taurus then rear ended both the Caravan and the Jetta.

The 29 year old driver of the Jetta had moderate injuries but two children inside the car, ages 6 & 9, were critically injured and the 27 year old Lake Geneva woman in the passengers seat was killed.

The three people in the Caravan also suffered moderate injuries.

Beloit police say the 20 year old driver who caused this all has been arrested for homicide by intoxicated use of a motor vehicle.

Meanwhile Beloit police are using this as a reminder to everyone to drive safely while approaching a crash scene or to avoid it entirely.