One dead in officer-involved shooting in Wauwatosa 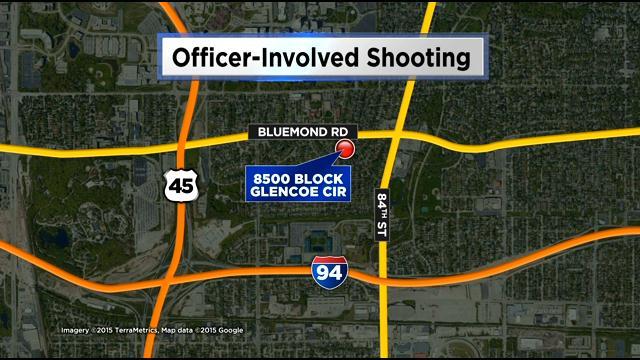 Milwaukee Police Department has taken over the investigation.

There was an an officer-involved shooting in the 8500 block of Glencoe Circle on Thursday evening, according to Wauwatosa Police.

This is just southeast of Wisconsin Lutheran college.
One man was shot and killed here overnight.

In a press conference Friday, Wauwatosa Police Chief Berry Weber said the officers acted quickly and properly. According to Chief Weber officers asked the man to put down his weapon, a sword, the man refused and police fired.

Officers quickly performed CPR on the man but he succumbed to his wounds. The names of the officers involved are on administrative leave but are not being named.

Neighbors told CBS 58 they saw police arrive to the scene, then a man outside his home with some sort of object, followed by several gunshots.