One Arrested after Threats Made to Wauwatosa Police Department 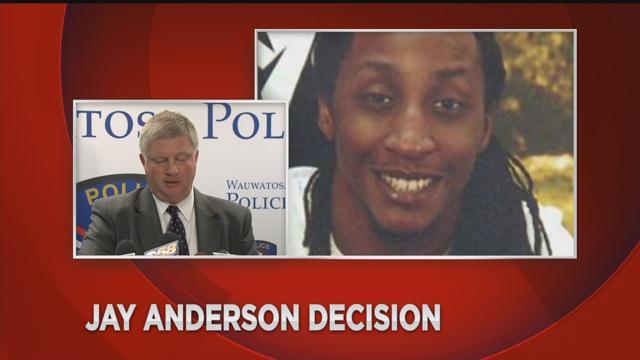 The Wauwatosa Police Department is being threatened in the wake of the District Attorney’s ruling in the Jay Anderson case. There have been multiple threats via phone and another threat was written on a cardboard sign in the city.

RELATED: No Charges for Police Officer who Shot and Killed Jay Anderson Jr.

Some of the threats are directed at the police department as a whole and others are specific to the officer who shot and killed Jay Anderson Jr.

Wauwatosa Police tell CBS 58 that one person was arrested in regards to a threat made by phone. That arrest was made on Tuesday and will be referred to the DA for charges.