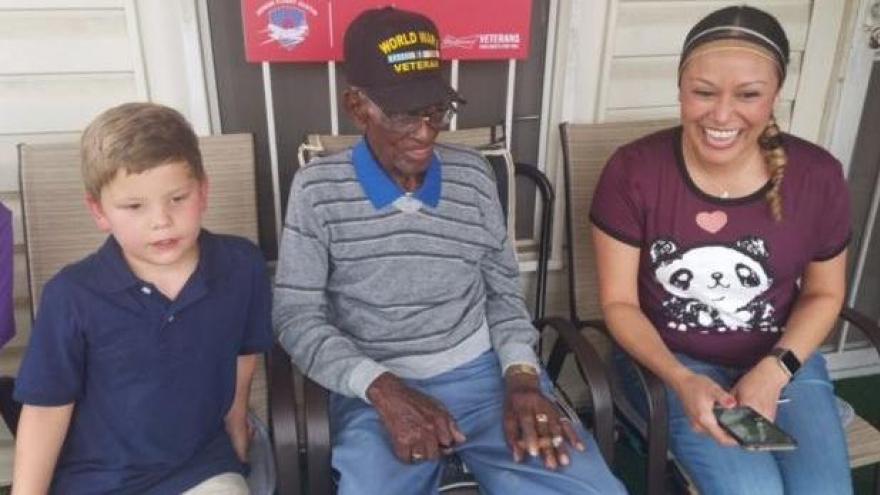 AUSTIN (KRLD) – People from all over the Austin area including their Mayor are celebrating Richard Overton’s birthday. The World War II veteran served in the South Pacific from 1940 through 1945.

Overton had stops in Hawaii, Guam, Palau and in Iwo Jima. Now, he has a street renamed for him: Richard Overton Avenue.

One of his closest friends is Martin Wilford. He says Overton says his secret to living so long includes whiskey and cigars.

“He enjoys sitting out on his porch visiting with people and sometimes is out there from 8 to 10 hours. He says he’s very happy and it’s all because of God,” Wilford says.

“The best advice Richard Overton has given to me is to do good to everyone and it comes back to you.”