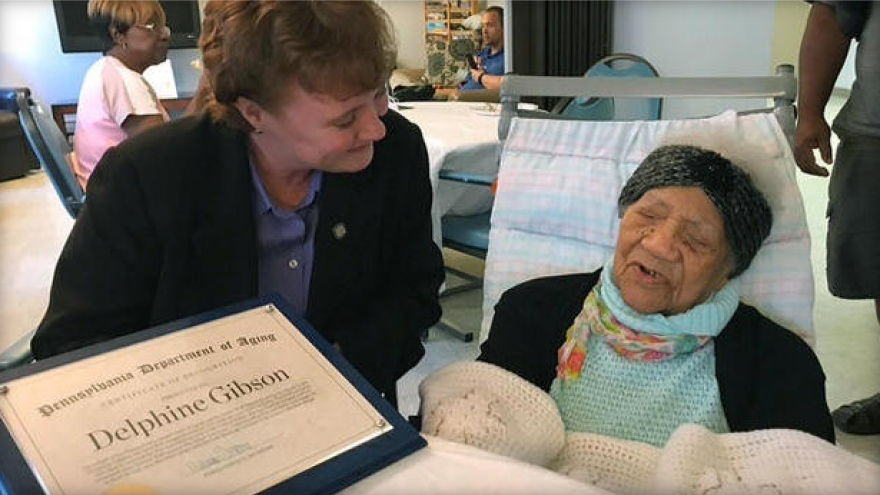 HUNTINGDON, Pa. -- The oldest known living person in the United States is celebrating her 114th birthday in Pennsylvania.

The state Aging Department says Delphine Gibson hit the milestone Thursday and got a personal greeting from the governor.

Gibson was born in South Carolina in 1903 and moved to Pennsylvania after marrying Taylor Gibson in 1928.

She's been a resident of AristaCare in Huntingdon Park for the past 15 years.

Gibson's status as the nation's oldest person is according to the Gerontology Research Group, which tracks people older than 110 worldwide.