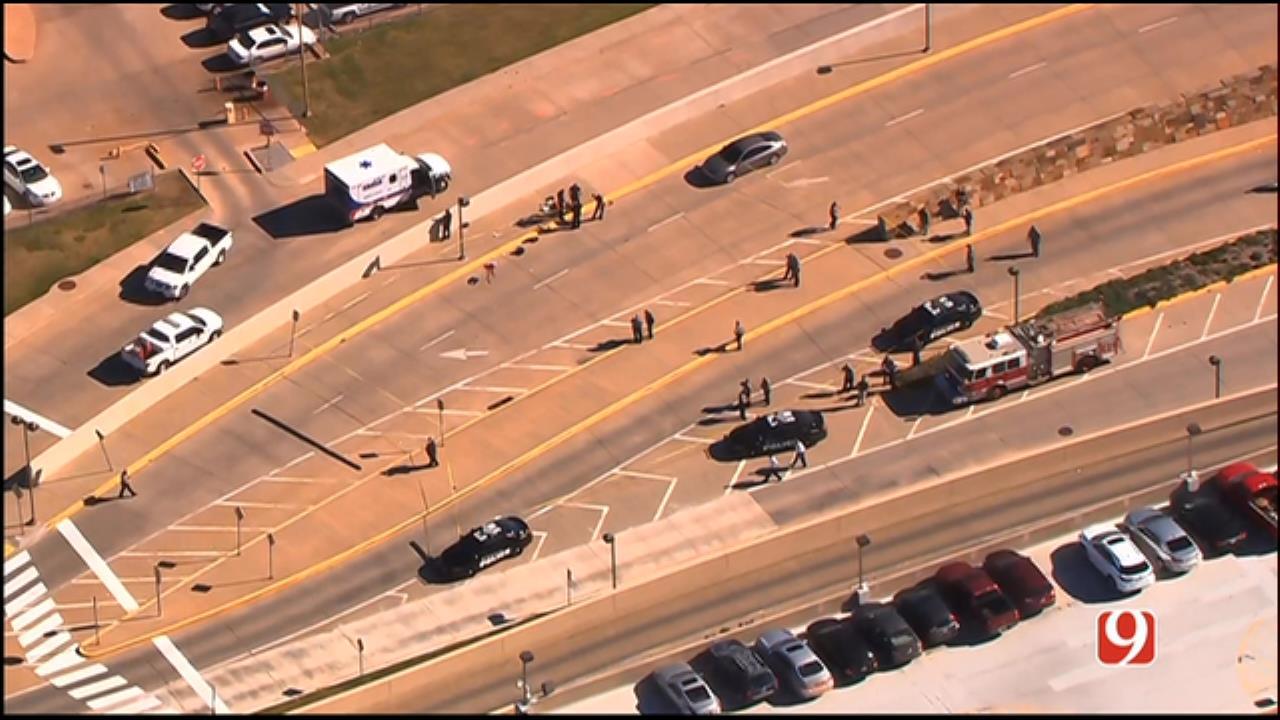 (CBS Oklahoma City) Oklahoma City Police say at least one person was shot after an incident at Will Rogers World Airport, Tuesday afternoon.

Authorities tell News 9 that the shooting occurred outside of a parking garage.

According to EMSA, one person was transported from the scene in "emergency condition" to OU Medical Center. Police have not said if that person is a victim or the alleged shooter.

An airport spokesman said via Twitter that all inbound and outbound air traffic has been stopped due to the shooting. In addition, OKC Police say they have shut down the airport and are asking those inside to shelter in police as the investigation continues.