WAUKESHA COUNTY, Wis. (CBS 58) -- A QAnon supporter from Nashotah faces state and federal charges after police say he opened fire with a paintball gun at an active Army base in Pewaukee. 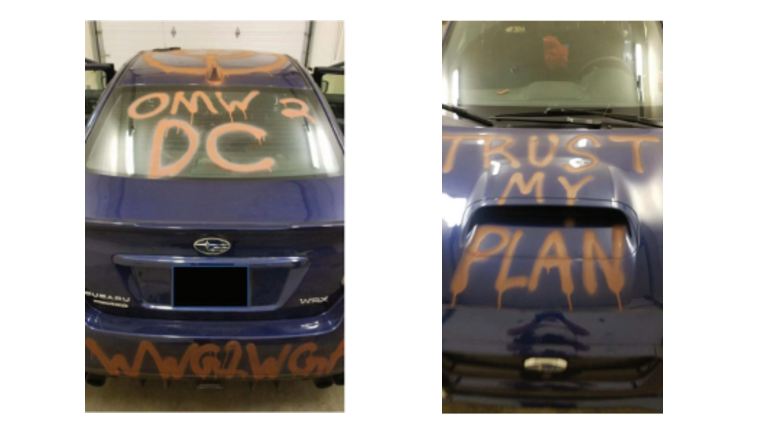 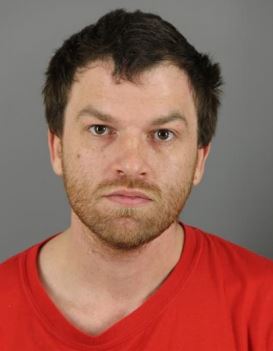 Pewaukee police say the paintball gun looked like an AR-15 assault rifle, terrifying about a dozen reservists out in the parking lot.

Shots were fired, they took cover, and in the end, the man with the extremist views was arrested.

Exactly one week ago, police say the blue Subaru with QAnon slogans spray painted on it showed up at the Pewaukee Army Reserve base, and the driver, 31-year-old Ian Alan Olson, got out and aimed what looked like an assault rifle at the Army reservists, shouting, "This is for America!"

"The scene was a little chaotic in the sense that reserve members didn't know what exactly was all going on at the time," said Pewaukee Police Lt. Mark Garry.

The 911 call to Pewaukee police came in around 11:30 in the morning from one of the reservists who was able to help tackle the gunman.

Police say there were 10 Army reservists outside at the time, and that Olson took aim on two of them from less than 30-feet away, firing off two or three rounds until the gun jammed.

Police found a spent paintball on a canvas storage tent in the secure area of the parking lot.

"At the time, the reservists didn't know if it was a gun or a paintball weapon, so out of concern for their safety, they took cover, and then once his weapon did jam, they took action to secure him," said Lt. Garry.

The words on Olson's car, symbolic of the QAnon movement -- a false movement that claims someone who goes by the letter "Q" is working with former President Trump to take down the evil in this country.

Outside his home in Nashotah, just a 10-minute drive from the military base, neighbors are upset by his actions.

"It's a little disturbing in this day and age, knowing how the military works for us and protect us," said neighbor Bill Carter. "It's very disturbing. And I don't know the guy, but I hope he gets the help he needs."

Pewaukee police say they seized Olson's vehicle and in it, they found a gas mask, knives, a police scanner and military-style vest plates.

He's set to appear in court on Wednesday, March 24.