Officials uncertain whether they have correct suspect in Berlin truck attack 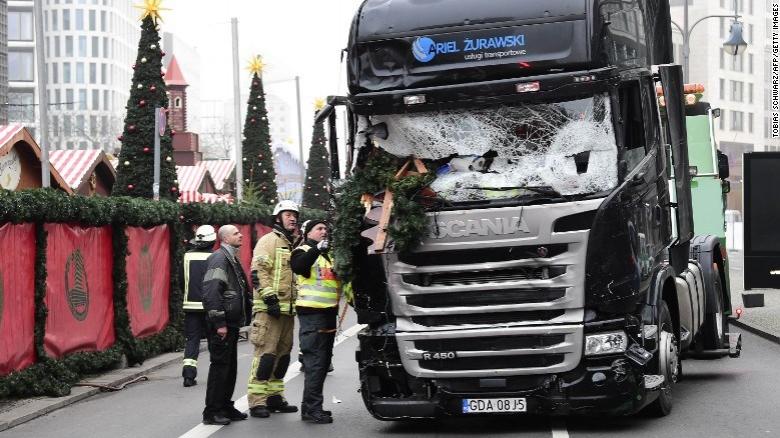 BERLIN (AP) -- Berlin's police chief says it isn't clear whether the man detained in the wake of Monday's fatal truck attack on a busy Christmas market was really the driver.

Klaus Kandt told reporters in Berlin that "we haven't been able to confirm it yet."

Twelve people were killed in the attack.

The owner of a Polish trucking company says the driver who was the first victim of the attack on a Christmas market in Berlin was stabbed and shot to death in the cabin of his truck.

"His face was swollen and bloodied. It was really clear that he was fighting for his life," Zurawski said, speaking to broadcaster TVN.

Lukasz Wasik, the manager of the trucking company, described Urban as a "good, quiet and honest person" devoted to his work.

"I believe he would not give up the vehicle and would defend it to the end if were attacked," Wasik said in comments carried by TVP, Poland's state broadcaster. Germany's top security official says a suspect arrested after the truck attack in Berlin "comes from Pakistan" and had applied for asylum.

He says that so far authorities have no knowledge of a claim of responsibility from the Islamic State group.

Germany's top security official says authorities have "no doubt" that the fatal ramming of a busy Christmas market in Berlin on Monday was an intentional attack.

Interior Minister Thomas de Maiziere says 12 people were killed. Among the dead was a Polish citizen found on the passenger seat of the truck with a gunshot wound.

De Maiziere told reporters on Tuesday that a man arrested in connection with the attack has denied to police that he was involved.