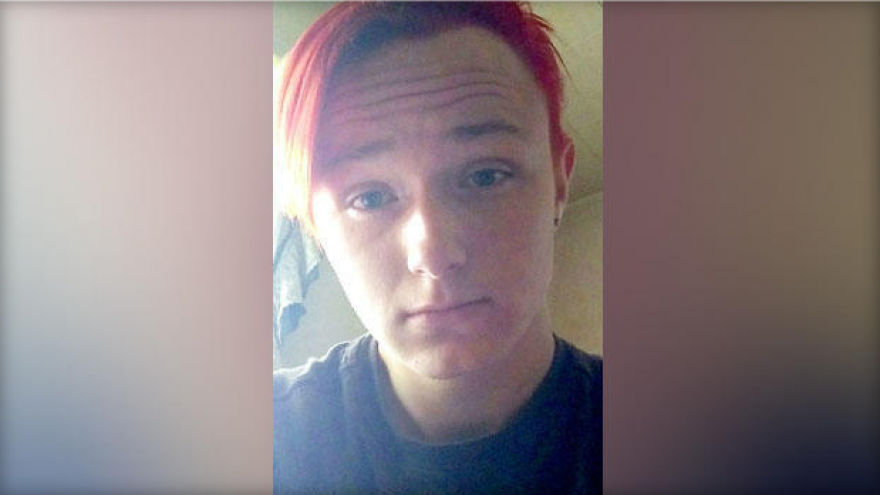 HOUSTON, Mo. -- Some of Ally Lee Steinfeld's burned remains were found in a bag in a rural southern Missouri chicken coop. Authorities say both of the transgender teen's eyes had been gouged out and she had been stabbed in the genitals.

As questions swirl about why the quiet 17-year-old was killed in such a ghastly manner, authorities aren't saying what led to the killing. But they dismiss the possibility the death was a hate crime.

Authorities identified the remains as those of Joseph Matthew Steinfeld Jr. -- Ally Lee Steinfeld's birth name. They were found last week in the town of Cabool, near the mobile home of one of the alleged killers, 24-year-old Briana Calderas, with whom Steinfeld was living.

Calderas and two 18-year-olds, Andrew Vrba and Isis Schauer, are charged with first-degree murder and other counts. A fourth suspect is charged with abandonment of a corpse and tampering with evidence.

Both Sheriff James Sigman and prosecutor Parke Stevens Jr. insist the crime was not motivated by Steinfeld's gender identity.

"I would say murder in the first-degree is all that matters," Stevens said. "That is a hate crime in itself." 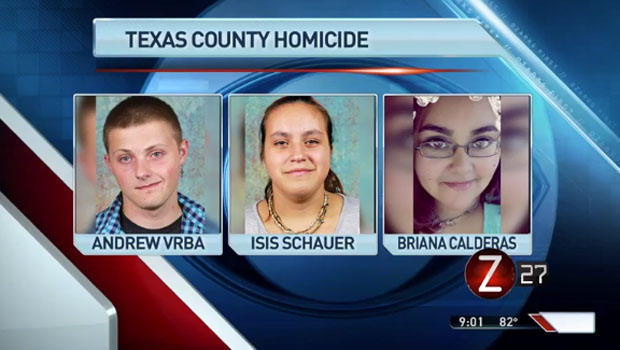 Yet the killing has drawn the attention of transgender advocates and others across the U.S. who believe Steinfeld was targeted for her gender identity, despite what the Texas County sheriff and prosecutor say.

"This violence, often motivated by hatred, must come to an end," said Chris Sgro, spokesman for the Human Rights Campaign, who said Steinfeld was the 21st transgender person killed this year in the U.S. "We will continue to mourn Ally and fight back against transphobia and anti-trans violence."

Steinfeld had been missing for weeks, and initial news reports referred to her as a male, in part because missing-person posters distributed by the family used Steinfeld's birth name, as did police documents.

Steinfeld's mother, Amber Steinfeld, still refers to her child as Joey, but said the teen identified as female to family and to friends on social media. She said her child was "loving and kind-hearted."

Steinfeld was engaged to a woman until they broke up in August, Amber Steinfeld said, and soon after began dating Calderas. She said Steinfeld and the two 18-year-old suspects were all living at Calderas' mobile home. She said that Steinfeld was upbeat before she disappeared, telling relatives that she loved them and was happy.

Steinfeld grew up mostly in House Springs, Missouri, near St. Louis, Amber Steinfeld said. The family moved briefly to Florida, then to Texas County, an area of rugged hills in southern Missouri.

Steinfeld dropped out of high school upon turning 17, Amber Steinfeld said. At about the same time, the rest of the family moved back to House Springs, but Steinfeld stayed in Houston, Missouri, living with different friends.

In May, Steinfeld posted on Instagram that she was coming out and was "mtf," or male-to-female. In a posting on June 13, Steinfeld referred to herself as "Trans male to female and I am mostly lesbian but pansexual." In another that same day she wrote, "I am proud to be me I am proud to be trans I am beautiful I don't care what people think."

Authorities say the three suspects burned Steinfeld's body, placed some of the bones into a garbage bag and put the bag in the chicken coop. Calderas admitted helping burn the body and led authorities to the knife used in the killing, Douglas wrote.

The women allegedly traveled to Walmart to buy items to aid in the burning, the Houston Herald reports. Facebook messages between the teens reportedly led to a break in the investigation.

An attorney for the three suspects, Michael Jacobs, said Tuesday that it was too early to comment.

Linda Camara, 61, a friend of Steinfeld's family, was struck by the gruesome nature of the killing.

"People kill each other, which is bad, but to do it that way, that's something you see in movies," Camara said. "And the three people who did this, they were kids, too."

Stevens told the Houston Herald the investigation is ongoing.

"It is a grisly, terrible series of heinous acts by the accused," Stevens said.