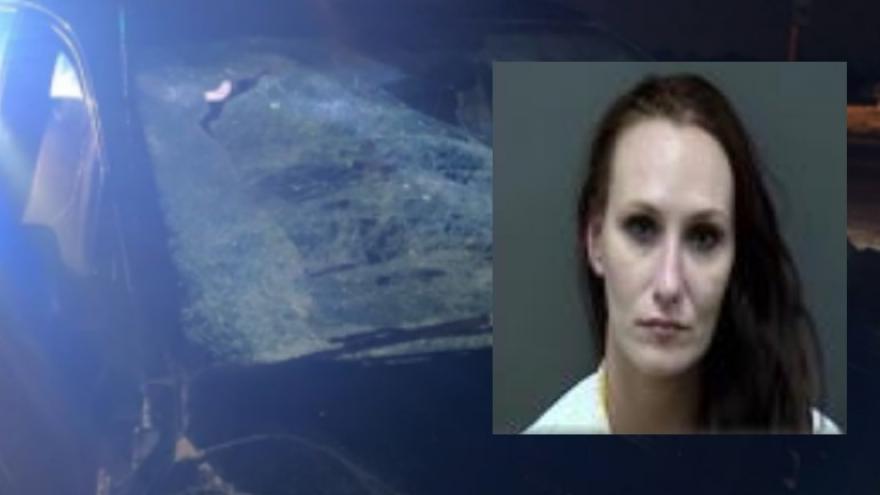 RACINE COUNTY, Wis. (CBS 58) -- A Racine County woman is accused of driving drunk with two children in her car and passing out at the wheel.

According to the Racine County Sheriff's office, around 2:45 a.m. on Tuesday, Dec. 17, a deputy spotted a vehicle stopped on State Highway 20 and County Highway D in the Village of Rochester.

The deputy approached the car and saw two children, ages 3 and 5, in the back seat, and the female driver passed out at the wheel; the car was running and her foot on the brake pedal. The deputy had to ask the 5-year-old to unlock the passenger door so he could put it in park and shut it off.

Though the investigation, it was determined the woman hit a mailbox on Colony Avenue in Yorkville, and continued driving ten miles before coming to a stop on State Highway 20.

The female driver, identified as 30-year-old Jacqueline Robinson of Rochester, failed standardized field sobriety tests and upon being taken into custody was found in possession of heroin. A search of the vehicle located additional drug paraphernalia.

The two children were turned over to Racine County Children Protected Services.

Robinson is being held in the Racine County Jail with a total bond of $31,100 on the following charges: