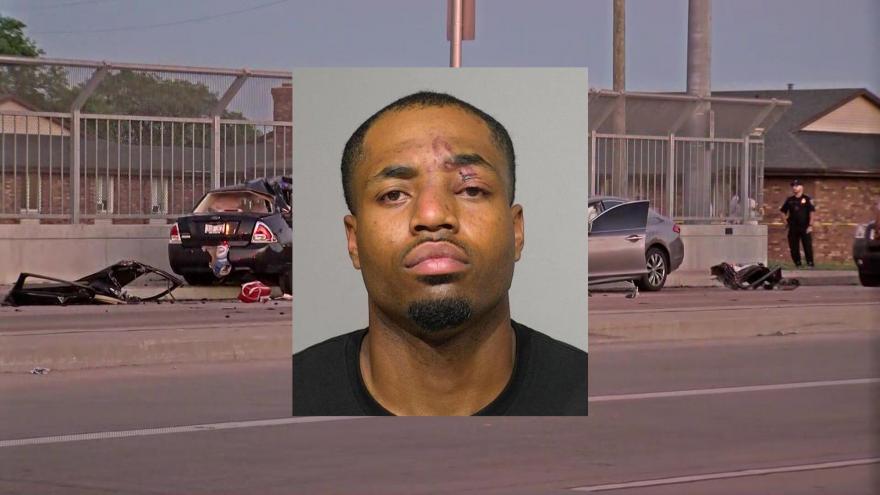 See Also 1 of 2 victims ID'd in deadly drag racing crash near 76th and Silver Spring
MILWAUKEE (CBS 58) -- A 25-year-old Milwaukee man has been charged in connection to a crash that left two people dead.

The crash happened near 76th and Silver Spring on Sunday, Aug. 15. Police say two drivers were drag racing when one of them, identified by authorities as 25-year-old Michael Howard, struck another vehicle and killed the two people inside.

The speed limit for traffic on 76th Street is 35 mph. The complaint says multiple witnesses reported Howard and the other driver were traveling in excess of 80 mph.

Multiple witnesses reported to authorities seeing the silver sedan and red sedan racing. One witness, an off-duty firefighter, said he saw the two cars swerving through traffic lanes, traveling through the parking lanes, and cutting off other motorists. The criminal complaint says the off-duty firefighter commented to his daughter the two drivers, "were going to kill someone."

According to investigators, Howard admitted he was driving his silver Infiniti and racing his friend in a red car on Aug. 15. Howard reportedly said they were northbound on 76th Street and traveling at a speed he estimated to be about 70 mph. Howard stated as he approached the intersection with Silver Spring, he saw a car starting to turn eastbound, and he slowed to what he believed to be 50 mph. The complaint says Howard did not make a decision about what the other car was doing soon enough, and he collided with it.

The Milwaukee County Medical Examiner's Office identified one of the victims as 21-year-old Danielle Jefferson of Milwaukee. Jefferson's mother told officials her daughter was on her way to pick up her infant child from day care at the time of the crash.

According to the ME's office, family of the second victim -- a 66-year-old Milwaukee man -- has not been located. Authorities are withholding his identity until family is notified.

Howard has been charged with the following: