Officials: Hallucinogenic mushrooms found after man causes crash on I-94 in Racine County 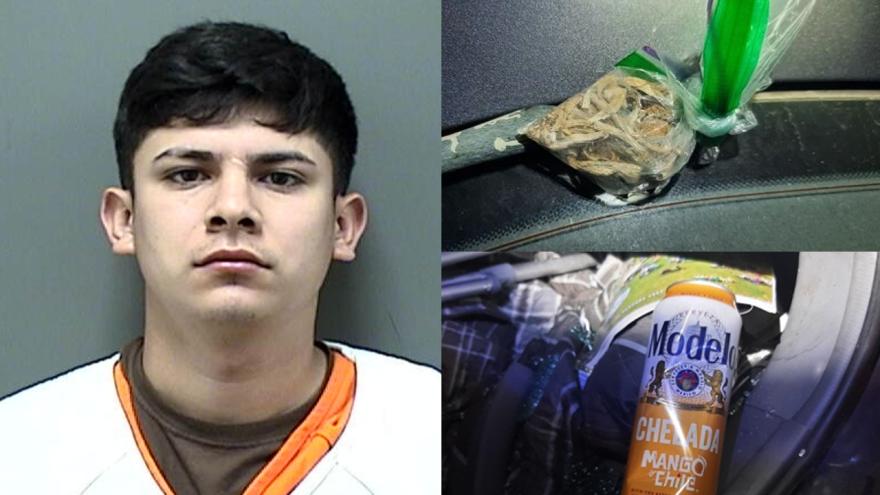 RACINE COUNTY, Wis. (CBS 58) -- A 22-year-old Kenosha man is accused of driving drunk and causing a crash on I-94 southbound in Racine County early Thursday, June 30.

It happened just south of County Highway K, in the Town of Raymond.

According to the Racine County Sheriff's Office, an investigation appears to show a Ford Focus was rear ended by a Honda Accord that was traveling at a high rate of speed. The Ford slid off the interstate into a ditch, coming to rest on the passenger side of the vehicle.

Officials say after the initial collision, the Honda was blocking the middle lanes of I-94, and its driver ran from the scene. A U-Haul was unable to avoid the Honda and struck it.

The drivers of the U-Haul and Ford were taken to a local hospital with non-life threatening injuries.

Racine County Sheriff's Office deputies located the driver of the Honda walking in a business park just north of Highway 20. He was identified as 22-year-old Michael Saldana.

According to the sheriff's office, deputies observed Saldana to have red/glassy eyes, slurred speech, and smelled the odor of intoxicants. A sobriety test was performed, which Saldana could not complete, and he was arrested.

A search of the vehicle Saldana was driving located 3.7 grams of hallucinogenic mushrooms, a grinder, and an open can of beer.

After a legal blood draw at the hospital, Saldana was transported to the Racine County Jail and was held on a $16,500 bail for the following charges: