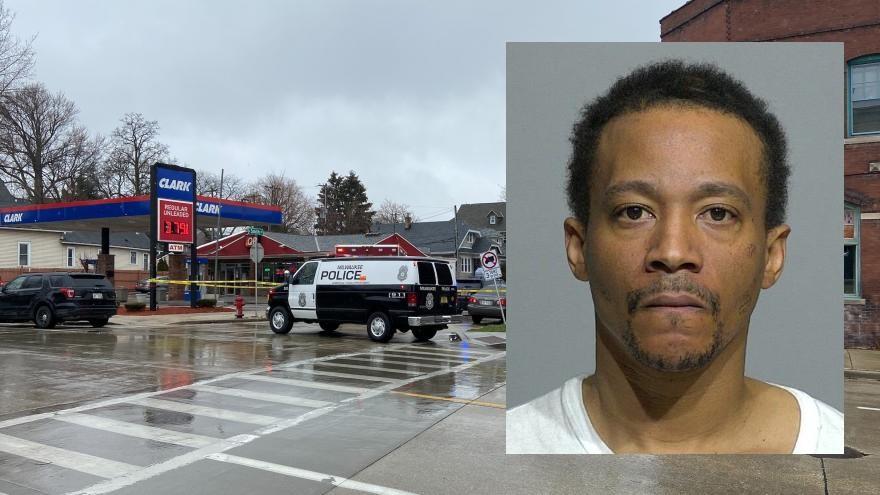 MILWAUKEE (CBS 58) -- A 38-year-old man has been charged in a fatal shooting that happened in Milwaukee's Bay View neighborhood.

Julius Coleman has been charged with one count of first degree intentional homicide, use of a dangerous weapon and possession of a firearm by a felon.

The shooting happened Friday, April 8 near Smith and Austin Streets in Bay View. Jessie Marshall, 58, was fatally shot while inside a vehicle. An autopsy revealed Marshall was shot 11 times.

According to a criminal complaint, surveillance video recovered from a nearby gas station showed a black Chevy Malibu with tinted windows pull up to the victim's vehicle for a few seconds and flee westbound.

More videos were obtained from a Milwaukee County Transit System (MCTS) bus, and investigators were able to identify a dealer plate on the Chevy Malibu.

The complaint says the plate brought authorities to a car dealership where they determined Julius Coleman was loaned the Chevy Malibu while he vehicle was being repaired.

Authorities were able to track down Coleman on April 23, near North 37th and Walnut Streets. Officials say he was in a parking lot standing next to a parked car which was occupied by several people. Milwaukee police officers approached Coleman and, according to the complaint, announced loudly "hands" several times however, Coleman disregarded orders and did not follow commands.

The complaint says officers continued to approach Coleman and observed Coleman pull a black handgun from his waistband. One officer deployed a taser and neutralized Coleman and he was taken into custody.

According to officials, the handgun on Coleman was examined and determined to be the same gun used in the shooting of Marshall.

An examination of the Chevy Malibu was also conducted. Authorities say track logs placed the vehicle in the area of Smith and Austin Streets the day of the fatal shooting.