'It's like a runway:' Residents raise concern after multi-vehicle crash in Bay View

’It’s like a runway: ’ Residents raise concern after multi-vehicle crash in Bay View

An SUV that was parked on the street ended up on its side in someone's yard after getting hit and it was totaled. A mirror on another vehicle was also hit. The driver of the car ended up crashing into another yard. He suffered non-life threatening injuries and was taken to a hospital for treatment.

Residents say crashes happen too often on their street. Neighbors say speeding is a huge problem, but Milwaukee police esay the circumstances leading up to the crash are under investigation.

One man says this is the second time he has had a vehicle totaled and altogether, he and his wife have had eight of their vehicles impacted.

"From the stretch from that light up there to the lake down here it's like a runway. There's no stop signs, nothing to slow it down. You get off the Hoan Bridge and this connects you all the way down to St. Francis, so this is a major artery for traffic to come through from the North to the South,” Scott Repinski said.

Repinski also says he even put his house up for sale due to the amount of crashes on his street. He said he has reached out to the city several times, but nothing has been done to stop the problem. 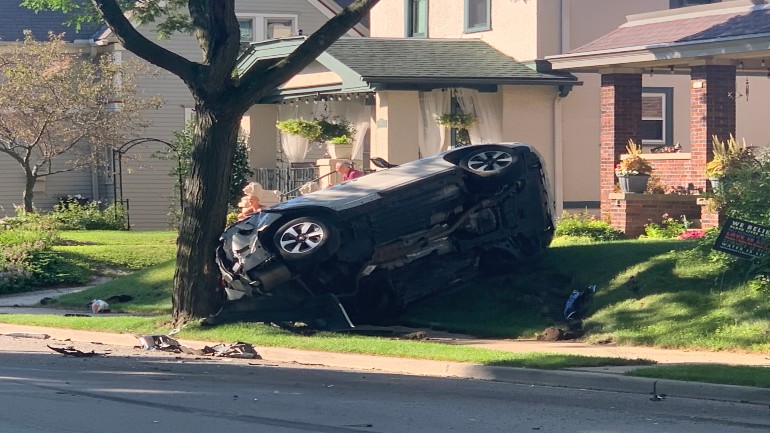 Milwaukee Fire Department says one person needed to be extricated and taken to Froedtert Hospital.