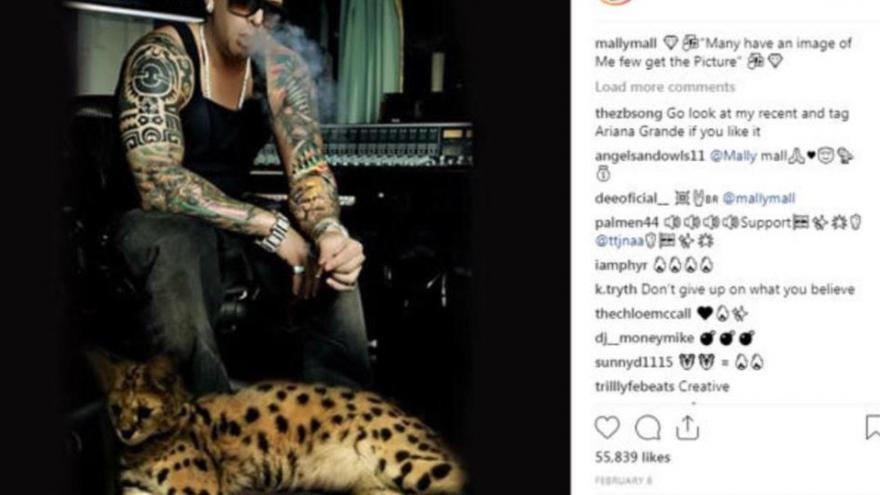 Encino, California (CBS News) — An investigation into the trafficking of exotic animals led to a raid at the Encino home of hip-hop producer Mally Mall. CBS Los Angeles reports a search warrant was served early Wednesday in the 4000 block of Grimes Place by Los Angeles police officers and agents from the California Department of Fish and Wildlife.

Capt. Patrick Foy of the California DFW told CBS News that officers seized a cotton-top tamarin monkey. According to the International Union for Conservation of Nature, the monkey is critically endangered.

Foy said no other animals were seized and no arrests were made. "The department officers will file a report with either the LA City Attorney or the LA District Attorney. The attorney's office will decide if violations were committed," he said.

Mall — whose website says he has worked with artists such as Tyga, Drake, Justin Bieber, Future, Sean Kingston, and Snoop Dogg – was reportedly home at the time of the raid.

The producer's Instagram account features several videos and images of a young Cheetah hashtagged #Cleo, a Capuchin monkey apparently named Bubbs, and a Caracal cat – which is native to Africa, the Middle East, Central Asia, and India – he seems to call Pharaoh. It's not clear how these exotic animals were obtained, or whether permits were required to have them.

Mally Mall has not been shy about his public affection for exotic animals. According to TMZ, the producer triggered a health department investigation when he brought a capuchin monkey to a strip club in 2016.

California has some of the most restrictive laws in the country against the possession of exotic animals, including big cats, like cheetahs, and monkeys. In December, singer Chris Brown was charged with two misdemeanor counts involving a pet monkey he was accused of keeping without a permit.