Officers band together to get Tosa police officer to the hospital 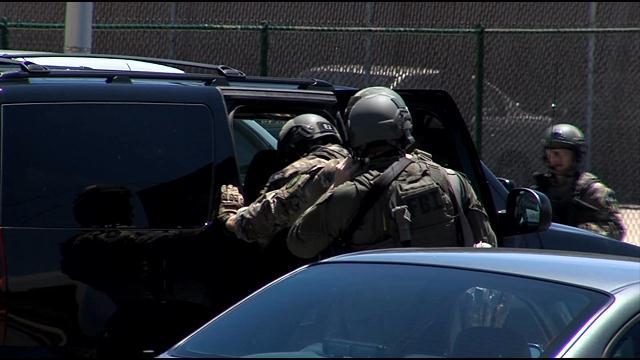 We're learning more about what happened in the moments after that Wauwatosa detective was shot.

Police sources tell us teamwork was integral in getting that detective to the hospital, with other responding officers skipping an ambulance, and instead taking him to the hospital themselves.

\"Here's  police officers who are out there doing what they're supposed to be doing and doing it well, and I hope people are very concerned about this,\" said Wauwatosa police chief Barry Weber.

Weber says his officers were simply following protocol when shots were fired and a police source tells us, after the detective, who is a 25 year veteran of the Tosa Police Department was shot, he was taken to Froedtert by a fellow squad.

\"Obviously this shooting is the important case right now. This is an attempted murder,\"  said Milwaukee Police Chief Ed Flynn.

Our sources say he was coherent during the drive there, asking about his wife, and dealing with the pain, which got worse as they neared the hospital. The whole time his colleagues comforted him while putting pressure on his wounds.

\"He's one of those officers that just really lives and breathes his job and he's very experienced guy and were very proud of him and think he did the right thing,\" said Weber.

He was reportedly shot in the buttocks.

\"They are optimistic as the wounds are not life threatening and the detective is being treated,\" said Flynn.

Police tell us the detective is out of surgery and though his injuries are more serious than first thought, he's in stable condition.

\"If you're ever going to get into a situation, you want this guy with you. Or if you're ever wondering about something going on in your neighborhood. He's the guy you want on patrol,\" said Weber.

Police have not released the detective's identity but say he is expected to make a full recovery.