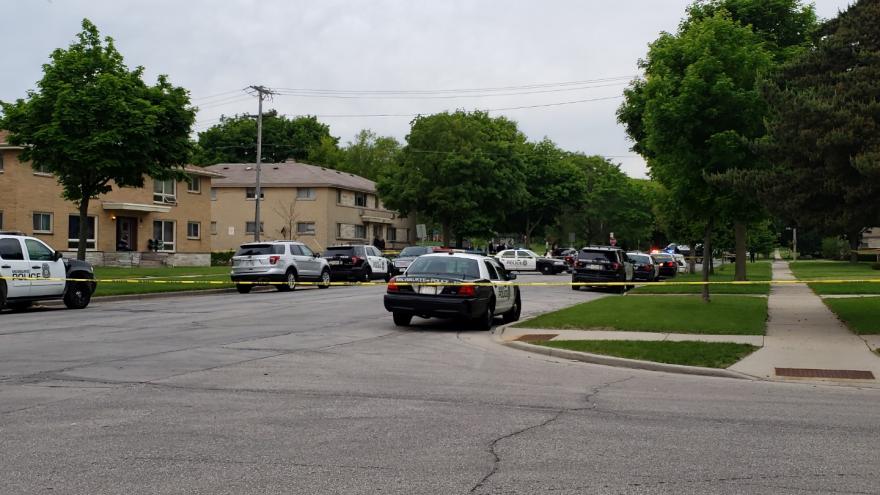 MILWAUKEE (CBS 58) -- A 34-year-old Milwaukee man who was on parole for 1st Degree Reckless Homicide was shot by police on Saturday evening.

Police initially responded to a domestic violence call around 6:07 p.m. near 84th and Congress.

The caller reported that a man armed with a gun was battering someone else.

Upon arrival, officers chased the person who matched the suspect's description.

According to Assistant Chief Michael Brunson, shots were fired by the suspect and by police.

The suspect was hit, taken into custody, and transported to a local hospital.

He is being treated for a non-life threatening gunshot wound.

No police officers were hurt.

The suspect’s firearm was recovered on the scene,   The suspect is currently on extended supervision for 1st degree reckless homicide and wanted for a parole violation.

The officer involved in the shooting is a 32-year-old male with four and a half years of service. He will be placed on administrative duty per MPD’s Standard Operating Procedures.

The Milwaukee Police Department Homicide Division will investigate this critical incident as the suspect’s injuries are non-life threatening. The MPD states in a news release that a community briefing detailing the incident will be released in approximately 45 days.

MILWAUKEE (CBS 58) -- An officer-involved shooting is currently under investigation near 84th and Congress.

Milwaukee Police say the suspect sustained a non-life threatening gunshot wound and is expected to survive.

Milwaukee Police have not said what led up to the shooting.