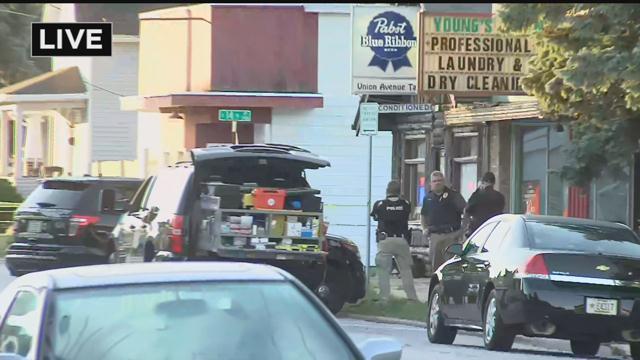 Sheboygan Police are investigating an officer involved shooting that occurred Sunday night at a tavern.

According to a news release from the Sheboygan Police Department, an officer was responding to a robbery in progress in the area of 14th Street and Union Avenue.

As two officers arrived they saw the suspect leaving the bar with a rifle.

There were four people in the tavern at the time of the burglary. There were two employees and two patrons.

Both officers fired shots a the suspect. The suspect died at the scene.

The suspect had a AR-15 style rifle, and at this time has not been identified.

A bartender was hit by bullets and is in stable condition. It is unclear at this time if an officer or the suspect hit the bartender.

The bartender is 53-years-old.

“There are many victims in this incident that will need support. We’re talking about tavern employees, the patrons, the officers and the victim’s family and loved ones, at some time in this will need lots of support to get through this incident, so really a lot of work to still be done," said the Sheboygan Police Chief Christopher Domagalski.

The Wisconsin Regional Crime Lab responded to process the scene.